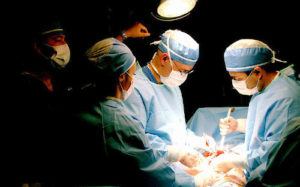 Over the years, I’ve presented on reporting medical research findings. Some of the most common questions I get are about writing the findings using accessible language that an average person can understand. It’s particularly difficult when the outcome is reported in units like standard deviations, but reporting hazard ratios and odds ratios can be confusing as well, especially for those who only occasionally write about medical studies.

A new resource from the Winton Centre for Risk and Evidence Communication at Cambridge University in the UK can help you make sense of those findings and even provide the language and graphics to help your audience understand the results. RealRisk is the brainchild of professor David Spiegelhalter, the center’s chair, a statistician and author of The Art of Statistics, and Executive Director Alexandra Freeman, who told me more about the tool.

“When you’re communicating scientific research to a general audience, it can be very challenging to do it in a way that helps them understand its meaning and its importance,” Spiegelhalter says in a video on the RealRisk homepage. “So we’ve created this tool, RealRisk, that takes the numbers used in scientific studies and turns them into graphics and sentences that everyone should be able to make better sense of.”

Here’s how it works, with additional notes from me:

1) Identify a piece of medical or social science research. Note: This primarily works on observational studies or randomized controlled studies with a clear, singular exposure and outcome. If there are multiple exposures or outcomes, you would need to enter them separately later in the process.

2) Make sure the results are reported in one of the following units: hazard ratios, odds ratios, relative risk (including risk ratio and rate ratio) or percentage change. Note: If the findings aren’t reported with one of these, RealRisk can’t be as helpful (at least currently).

3) Pick the outcome, finding or result that you want to communicate. Go to the RealRisk homepage and click “Get the real risk” to enter details from the study.

4) Be prepared to enter the following:

The tool then shows you a page containing bar charts, an icon array and sentences you can use to communicate risks. They may require a little editing, but they do pretty well. I will say that this tool is pretty basic. If you’ve been covering medical research for a while, the sentences may not help much, but I loved the icon array as a free graphic, which is probably the biggest reason I’ll use this tool.

Below is an example I tried with a 2017 study called “Effect of Post-Cesarean Delivery Oral Cephalexin and Metronidazole on Surgical Site Infection Among Obese Women: A Randomized Clinical Trial:”

RealRisk: Which group or groups are studied in this paper?
My answer: women with obesity who had a cesarean delivery

RR: What risk factor is being investigated?
A: oral cephalexin and metronidazole

RR: What outcome is being investigated?
A: surgical site infection after cesarean delivery

RR: Condition in Experimental or Comparison Group:
A: 6.4%

Below is what it provided me. Again, it’s pretty basic, but it could be invaluable for those who are new to covering studies, don’t cover them often, or need a graphic illustration of the results. 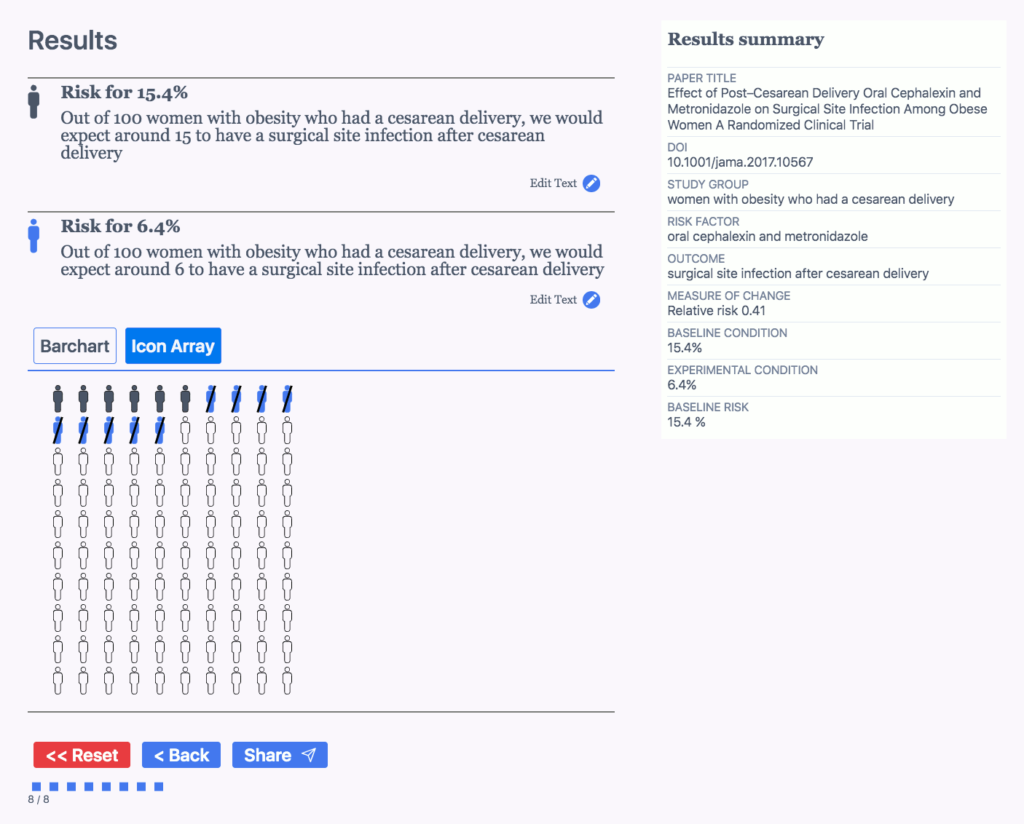