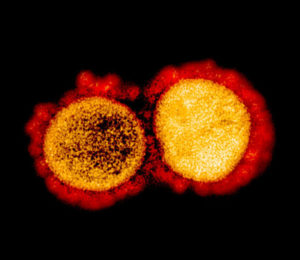 It can be difficult in normal times to get reliable, timely information from many long-term care facilities without filing FOIAs or diving deep into inspection reports. During this COVID-19 pandemic, it can be nearly impossible. So when Kaiser Health News’ Rachana Pradhan wanted to learn whether, and how, nursing homes were conducting all-important testing of residents and staff, it’s not surprising she ran into a few roadblocks.

In her KHN story, Pradhan pointed out the disconnect between how nursing homes were administering these tests and what several manufacturers intended. The Trump administration has been hailing rapid point-of-care antigen tests as a means to quickly find out who might have the COVID-19 virus, even if the person had no symptoms. But as Pradhan learned, test makers BD and Quidel said their tests were designed specifically for use with people with symptoms ― and even then only within the first five days of showing signs.

In this new How I Did It piece for AHCJ, Pradhan takes us through her methodology for questioning how HHS could be touting these rapid tests as a panacea to “solve” the testing problems in nursing homes, despite what the manufacturers were saying. It took good old-fashioned reporting work, including lots of phone calls to state, county and local public health officials, research into national and local testing requirements for long-term care residents and staff, FDA guidance on the use of antigen tests and then sorting through different policies of federal and state agencies on when these tests should be administered. Not everything aligned or even made total sense. There were plenty of moving parts to keep track of, she explains.

In her story, she discusses the balance between the critical need to obtain results quickly with the tradeoff that these tests often have a higher false positivity rate, as Ohio Gov. Mike DeWine himself found out first hand. It wasn’t until DeWine eventually obtained results from the more accurate PCR test that he learned he actually was negative for the virus after initially testing positive under rapid testing.

The problem with these tests is the time it takes to get the results back from the lab. By that time, a serious outbreak could have occurred among the most vulnerable population, leading to skyrocketing caseloads and needless deaths.

Pradhan’s HIDI offers journalists some excellent ideas for questions to ask of both nursing home administrators and public health officials — from exactly which tests they use on residents and staff to their experience with positivity rates. The bottom line is there’s no substitute for extensive research, fact-checking, and tenacious reporting.