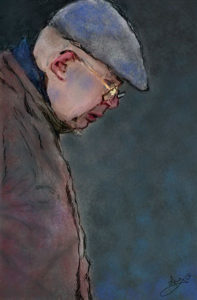 Most older adults say they’re more lonely than ever and have little contact with friends or neighbors due to the COVID-19 pandemic, according to a new poll released Sept. 14 from the University of Michigan. The results further reinforce the concern for the long-term mental and physical health effects of the pandemic on older adults.

Some 56% of respondents over the age of 50 reported in June 2020 that they sometimes or often felt isolated from others ― more than twice the 27% who felt that way in a similar poll in 2018. Nearly half of those in the latest poll also said they felt more isolated than they had just before the pandemic arrived in the United States. A third said they felt they had less companionship than before.

The risks of social isolation and loneliness for older people was well known before the pandemic hit. Articles like this one in JAMA Psychiatry pointed to worsening adverse effects, like premature mortality, worsening chronic conditions and increased risk for cognitive decline as COVID-19 lingers. (Our recent tip sheet on mental health effects of COVID-19 on older adults describe these risks in more detail).

“The change we see in these measures in less than two years is truly remarkable,” said Preeti Malani, M.D., a professor at the University of Michigan Medical School and director of the Healthy Aging Poll. Using technology to bridge the gap and keeping up healthy routines such as exercise, healthy eating and getting enough sleep will continue to be important in the months ahead, especially as colder weather may limit time outdoors.

Malani, an internal medicine physician with expertise in geriatrics and immunology, noted that 80% of those polled in June said they were eating a healthy diet and 81% said they got enough sleep ― almost the same as in the 2018 poll

The poll results are based on responses from a nationally representative sample of 2,074 adults between ages 50 and 80, who answered a range of questions online. The study was conducted for the University of Michigan’s Institute for Healthcare Policy and Innovation (IHPI). Michigan Medicine (the university’s medical center) and AARP provided support for this effort.