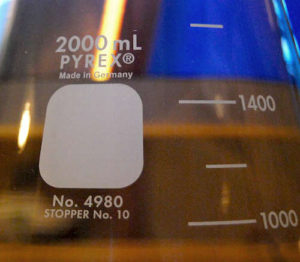 Researchers had to include the planned protocol, including endpoints, when registering their trial. If the endpoints changed during the trial, their registration had to be updated, including the reasons for the change. As of 2007, the law required all trial registrations to be completed within a year after the trial began, regardless of the trial results.

But a law is only as good as its enforcement. Compliance with clinical trial registration, including updating as the trial proceeds, has been poor for years. Science magazine in January published an investigative story documenting how the NIH and FDA allowed sponsors of clinical trials to get away with not follow the rules for registering trials and reporting the findings. (The article by Charles Piller is excellent and worth reading in full.)

Other articles in journals and the media similarly have pointed to failures in enforcement, including pieces in The Lancet and BMJ in January and Stat in April. Even articles dating back to 2015 and 2018, also by Piller at Stat, highlighted problems with clinical trial reporting, including false or misleading reports.

The FDA, at last, appears to be doing something about the problem (or at least saying they will). The agency announced on Aug. 14 plans for identifying who hasn’t correctly registered their trials or reported trial results. According to the FDA notice in the Federal Register, sponsors who do not properly report their trials may be fined.

“As in all areas that we regulate, our goal is to achieve voluntary compliance with the law,” Anand Shah, M.D., FDA deputy commissioner for medical and scientific affairs, said in the press release. “However, we intend to hold responsible parties and submitters accountable, including potential legal action, if they are not in compliance.”

It’s taken years of reporting by Piller and journalists at other publications before the FDA has appeared to take non-compliance and misleading reports seriously. The question now is whether the FDA will follow through on chasing down offenders and fining them. No doubt, dogged Piller will be continuing to follow this decade-long story going forward. Still, there are plenty of opportunities for other journalists to keep an eye on the FDA to see whether the clinical trial reporting process improves.