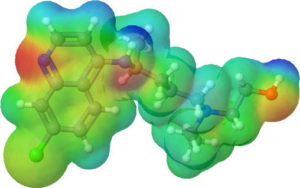 The National Institutes of Health last month halted a clinical trial of hydroxychloroquine for use in treating COVID-19 patients. The NIH ended the trial because the antimalarial drug, while safe, was proven to have no benefit to hospitalized patients.

The decision came just three months after President Trump declared the drug a “game-changer” and arranged for the U.S. to purchase 29 million doses to be “immediately available” to the public for treating the SARS-CoV-2 virus, which causes COVID-19.

Katherine Eban, like many health journalists, was skeptical when Trump first announced the antimalarial drug would be a miracle cure in March. The NIH announcement was proof that reporters were right to question the president’s declaration.

Eban, an independent journalist and author, is one of the many reporters who has written a series of stories about the administration’s response to the pandemic. She broke the news on the administration’s push to flood New York and New Jersey with hydroxychloroquine doses in April, and recently about efforts by some U.S. diplomats’ to rescind Trump’s declaration the U.S. would terminate its relationship with the World Health Organization.

“Now having reported on this [pandemic] story for three months, the patterns are coming into view,” Eban says. “Which is how political pressure is impacting scientific processes” at government and regulatory agencies such as the U.S. Food and Drug Administration and the Department of State.

But it is not an easy time to be an independent journalist, without the budget and support of colleagues in a newsroom. Eban talked with AHCJ more about this for a How I Did It on how to break stories when you are on your own.

“Every journalist on planet Earth is on this story, and there is a finite number of sources,” Eban says. “I am reporting on my own, and I am not part of a team, like at the Washington Post and New York Times. I wish I was sometimes because the horsepower they have is awesome and admirable. So then, you are like, how am I going to break information here when the stories are moving so fast and the sources are moving and are finite? “

To learn more about her advice, take a read through this interview.