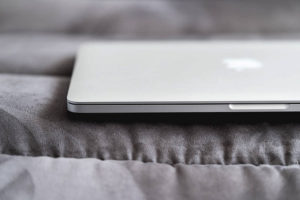 Freelance writers and other independent contractors have faced obstacles in securing federal funds to help with lost income during the coronavirus pandemic. Yet, a second round of funding just approved may be worth a try.

Throughout April, the $350 billion Coronavirus Aid, Relief and Economic Security (CARES) Act allowed banks to dole out funds to small businesses, with the application for independent contractors and sole proprietors opening on April 10. Within a week, however, the funds ran out.

A second round of funding will fill the coffers of the Paycheck Protection Program (PPP), and financial experts are encouraging freelancers to throw their hat in the ring. During the White House press briefing on April 28, U.S. Treasury Secretary Steven Mnuchin told reporters that the Shake Shack burger chain would return the $10 million in funds that it received. President Donald Trump said he would ask Harvard University to return its $8 million loan disbursement as well.

“The intent of this was not for big public companies that have access to capital,” Mnuchin said.

Another $310 billion package was passed this week, and Mnuchin indicated during the briefing that it would likely be the last chunk of money allocated for small businesses. The next rounds of funding likely will go toward infrastructure and the energy industry, he said.

If you need the money, submit your application as soon as you can. If you’ve already applied, your application should be in a waiting list with the bank where you applied. Mnuchin said that new guidelines would be in place for PPP qualification, but there’s no telling how the funds may ultimately be disbursed.

Although you may have researched the available options, here’s a quick reminder about the offerings for freelancers.

(In full disclosure, I’ve applied for all of these options myself so I can speak personally about the application processes, but I have not received any communication beyond “application received” messages. As the second round progresses, I hope to bring you another update if other freelancers begin to receive funds.)

The PPP provides small business loans to companies with fewer than 500 employees, sole proprietors and independent contractors. The loan can be forgiven if you comply with restrictions on spending, which requires evidence that you spent the money on “payroll” through compensation. The application asks for your “average monthly payroll,” which you can calculate from your net earnings. You multiply that by 2.5 to get the loan amount. As part of the application, you’ll be asked to provide proof of income through Schedule C of your tax filing or 1099 statements. (I submitted my 1099s for 2019.)

As of last week, there wasn’t much guidance on what “forgiveness” of the loan will look like, said Jessica Meiselman, a Brooklyn-based lawyer who spoke about PPP at a webinar that the Freelance Solidary Project and National Writers Union held on April 13. She advised freelancers to keep detailed records, use a separate business account for the funds when possible, and “pay” yourself to be able to show documentation when needed.

Administered directly by the Small Business Administration, the EIDL is meant to provide an advance of up to $10,000 to businesses experiencing temporary difficulties during COVID-19. Also opened up to freelancers, the fund was slated to provide a $1,000 forgivable grant to independent contractors (calculated as $1,000 per employee). It also ran out last week but will be re-funded this week. The quick one-page application is easy to complete and doesn’t ask much information. Little guidance has been provided here, too, Meiselman said.

“There’s a lot of uncertainty right now,” she said during the webinar. “Get in the mix. If you need the money, it’s here for you.”

Since independent contractors and self-employed individuals are typically not eligible for unemployment funds, this one has been tricky, and of course, the details vary by state. Under the CARES Act, the Pandemic Unemployment Assistance (PUA) program was created to provide the same weekly benefits as regular state unemployment insurance. On top of the state-calculated amount, recipients are slated to receive an additional $600 per week in federal funds under the Pandemic Unemployment Compensation program.

So far, freelance writers have struggled with this. On your state’s Department of Labor website, you first have to apply for regular unemployment and be denied and then reapply again for PUA. Then you have to file weekly claims for benefits and report whether you worked that week — and are looking for work. Since this is new, guidance is still vague, and experts have recommended keeping careful records of your hours.

“Any week that you work four or more days or receive more than $500 per week, you won’t be eligible for benefits,” said Nicole Salk of Legal Services NYC, who also presented information during the Freelance Solidarity Project webinar.

(From my personal experience — and I’ve followed many stories from fellow freelancer writers as well — my application for regular unemployment was accepted, and then I hit a snag. Since I had one W2 from a state university last year, the state calculated my benefit based on that, which was much lower than I anticipated. Even still, I haven’t been able to claim any benefits or move forward in the process. I received a “benefit determination” letter that presented these numbers, and that’s the only communication so far. The PUA application opened April 22 so we’ll see, but now I likely won’t apply since I’ve picked up new work. Other freelance writers have told me the same.)

As new PPP and EIDL funding goes out this week and unemployment guidance for PUA is updated at the state level, I’ve found helpful these sources geared toward freelancers in particular: