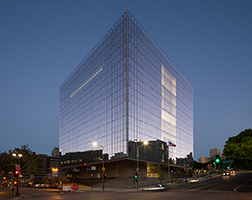 After a Los Angeles District Court judge declined to halt the current limits on freelance journalists and photographers in California, the two national organizations that filed the lawsuit are thinking about the next move — possibly an appeal to the 9th Circuit.

On March 20, Judge Philip Gutierrez denied a motion for preliminary injunction on California Assembly Bill 5, which restricts journalists to 35 submissions per publication per year as freelancers. Gutierrez also dismissed the lawsuit entirely. The two rulings came as a surprise on Friday since the next step in the case was scheduled to take place on March 23.

The court wrote that “AB 5 does not directly regulate or prohibit speech but regulates the employment relationship.”

“The decision fundamentally misapplies U.S. Supreme Court decisions that prevent the government from singling out the press for negative treatment,” said Jim Manley, attorney for the Pacific Legal Foundation, which presented the lawsuit on behalf of the American Society of Journalists and Authors and the National Press Photographers Association.

AB 5, which went into effect on Jan. 1, uses an “ABC” test to determine whether independent contractors should be treated as employees and given benefits. California legislators drafted the law in 2019 to crack down on “gig economy” companies that employ workers, such as ride-share drivers, but don’t pay benefits. The bill allows for certain exemptions, including marketing writers and graphic designers, but not freelance journalists. In particular, writing is limited to 35 submissions per publication per year before being classified as an employee. There are no limits designated for still photographers and videographers, which has been interpreted to limit them entirely.

“In a long list of speaking professions exempted from AB 5’s onerous independent contracting requirements, only journalists have a cap on their work and only photojournalists are prohibited from communicating with video,” Manley wrote. “This is a clear example of the government putting limits on the free press.”

ASJA and NPPA filed the lawsuit on Dec. 17, hoping to halt the 35-submission limit in 2020 as California freelancers work with their representatives on new legislation this spring.

“This court has, for all practical purposes, invalidated the way that freelance journalists and photojournalists have chosen to earn a living,” said ASJA President Milt Toby.

AB 5 has already prompted a number of publications to limit their assignments to California freelancers — or drop them entirely. Some columnists have been “deweeklied,” according to AHCJ member and former ASJA president Randy Dotinga, and others can’t find new work with both existing and new editors.

As publications continue to tighten their belts, plus the additional economic strain from the uncertainty of the COVID-19 pandemic, California freelancers are facing an uphill climb.

“The combination of unconstitutional restrictions on independent journalists and photojournalists and shrinking opportunities for staffers means that thousands of freelancers are facing the loss of established careers and financial ruin,” Toby added.

ASJA and NPPA are discussing appeal options with the Pacific Legal Foundation.

“The financial devastation that our California members have experienced in the wake of AB 5 has been compounded exponentially by the economic strife surrounding the COVID-19 crisis,” said NPPA Executive Director Akili Ramsess.

Visual journalists have lost a bulk of their work in the past few weeks as sports events and cultural events have shuttered, including general assignments that aren’t available due to social and physical distancing.

“This is a continued obstacle for freelance visual journalists,” Ramses said.

Across the country, journalists are fighting similar legislation in New Jersey, New York, Illinois and Washington. The Fight for Freelancers USA group is advocating for the “ABC test” language in the national bill (HR 2474), also known as the PRO Act, to be replaced with the IRS Common Law Test when determining employee status.

Stay tuned here for ongoing updates about the California appeal, national legislation, and bills in several states. For previous coverage, see these stories: