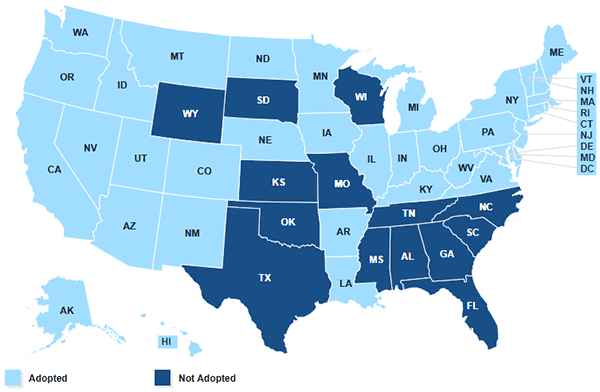 Since the Supreme Court ruling in 2012, states have been warring over whether or not to expand Medicaid.

Now, some states want to pursue a “partial” expansion – under the same generous federal funding rules. So far, no state has been able to do this – but they are trying.

In a new tip sheet, Rachana Pradhan – who had been covering Medicaid deeply at Politico and has moved to Kaiser Health News – explains what you need to know about partial expansion. Politically, it’s a way for conservative states to cover more people with more federal dollars without fully adopting “Obamacare.”   Generally they’d cover people up to the poverty line – while the Affordable Care Act envisioned Medicaid coverage up to 138 percent of the federal poverty line. The states would put people in the 100-138 percent income bracket in the ACA exchanges – where subsidies are fully federally funded, with no state matching contributions.

Read more about the policy, the politics, the funding – and the impact on the uninsured – in her tip sheet.