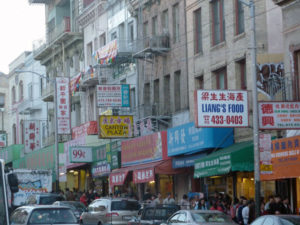 Not enough is being done to prevent elder abuse in the Chinese American community, according to several recent Rutgers University studies.

Child abuse, intimate partner violence, negative social support, and isolation from family can be potential predictors of elder abuse, including psychological and physical mistreatment, caregiver neglect, and financial exploitation. The researchers, whose work was highlighted in an August special edition of the Journal of the American Geriatrics Society, found that family structure is an important indicator of elder abuse. Older U.S. Chinese immigrants’ tend to have a heavy reliance on other family members and the stress created can increase the risk for elder abuse. Though a tight-knit family structure can reduce the risk, older adults who receive greater assistance from family are at a higher risk for abuse.

The prevalence of elder abuse, ranges anywhere from 15% to 30%, depending on how it is measured, according to XinQi Dong, M.D., director of Rutgers University’s Institute for Health, Health Care Policy and Aging Research.

“It’s very common and it’s pervasive; it’s growing. And there are many reasons for that, but one of the key reasons is really about the issues relating to the family conflicts,” Dong said in a phone interview.

It can be stressful enough when an older person leaves a familiar home environment and network of friends and peers to arrive in a country where they don’t speak the language or have access to majority of things they’re used to, explained Dong, a geriatrician and lead researcher of the PINE and PIETY studies referenced in the journal articles. Compounding the situation are cross-cultural and cross-intergenerational expectations. Since many of these older adults come to the United States to live with adult children and care for grandchildren, their caregiving can be stressful and affect their health as well.

And add to that the concept of filial piety, which has guided expectations in this culture for thousands of years, Dong noted, but “when the expectation or receipts of those responsibilities misaligned or malaligned, that’s when the conflict occurs.”

Although evidence shows that positive social support from friends improves wellbeing, traditional cultural values often prevent older Chinese immigrants from seeking support outside the family, which can result in a smaller social circle and greater the risk of abuse.

In Chinese customs and culture, the elderly are far less inclined to share their negative experiences than some other ethnic groups, he said, “It’s the fundamental fear of losing face.”

To better understand Chinese culture, it’s important to understand how much the concept of saving face influences day to day interactions, according to Dong. “The family’s really the unit of the society, as opposed to the Western hemisphere, which is the individual. They don’t tell any friends about it, because they’re fearing their friends will judge them.”

Older Chinese also can become further isolated as their children prosper and move from urban ethnic communities to the suburbs, away from traditional centers of cultural support. This circumstance can perpetuate abuse, the most pervasive of which is psychological, the studies say. Psychological abuse can take on different forms, ranging from being cursed at to being physically or emotionally threatened with being sent back to their home country. This environment can increase the risk of premature death among older victims.

Dong believes the problem must be addressed from multiple angles, including raising awareness and ensuring the behavior is not normalized in Chinese American culture. “It’s not OK,” he said.

Also, health professionals, social service agencies, faith-based communities and others need to structure programs and services to better elicit information from older adults and their families. This work can help them target programs and services to most help with a Chinese elder’s physical and mental health. Elders who are abused are often hospitalized more frequently and stay in the hospital longer, Dong said, so hospitals should realize appropriately addressing elder abuse can save money.

Dong advises journalists interested in covering issues of health and elder abuse among the Chinese population in the United States to reach out to those who do hands-on work, such as social service agencies. Talk with caseworkers at adult protective services and to leaders at faith-based organizations. Understanding the role of family structure in an ethnic community can be key to understanding the problem of elder abuse and elder health.