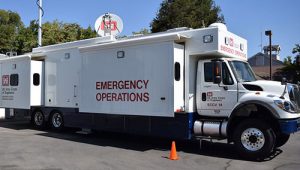 As public health officials grapple with strategies to respond to natural disasters and disease outbreaks, they face a host of challenges, from misinformation on social media and some communities’ lack of trust in government to the definition of what being “prepared” means.

That is why engaging with community leaders on emergency preparedness is especially important, two public health leaders told AHCJ members in a recent webcast.

“We have a lot of work to do,” said Irwin Redlener, M.D., director of Columbia University’s National Center for Disaster Preparedness. “We have done national surveys, and a very small percentage of people are prepared in the way you would” want people to be.”

Most Americans realize that their community could be impacted by a disease outbreak or natural disaster, but a little more than half say they have no plan for dealing with these public health emergencies, according to a May 2019 poll commissioned by Healthcare Ready, a Washington, D.C. organization that represents healthcare product distributors.

Umair Shah, M.D., executive director of Harris County (Texas) Public Health, said he is always working on getting the public more engaged with preparedness by reaching out to community leaders to try to build trust ahead of an incident. Shah’s Houston district has faced 12 public health emergencies in the past decade — from hurricanes to measles outbreaks to a chemical plant fire.

“We have an invisibility crisis,” he said. “The work we do is behind the scenes and often forgotten … the testing of water, the restaurant inspections, the community vaccinations, spraying of mosquitos … and so we have to engage with our community” to help them see what public health officials are doing to build trust for an emergency.

The recent measles outbreak — there were 1,164 cases of measles nationally as of July 25 — shows how critical public trust is in the public health officials, Shah said.

“It’s a reminder that we cannot pull our foot off the gas,” he said. “We have to keep remembering that there is a reoccurring educational aspect, given that there are so many more ways … with social media … that people get information and misinformation. It’s the invisibility [of public health] and people not seeing the impact of vaccine-preventable diseases.”

Redlener said no community in the country is prepared for a large-scale, “mega” disaster, such a fast-spreading pandemic. If a virulent bird flu were to emerge in New York City, for example, there wouldn’t be enough hospital beds, ventilators, or likely staff willing to work, which could cause huge disruptions in the health care system, he said.

About 10 years ago, “most states and urban jurisdictions had pandemic plans to prepare for these events, but there hasn’t been much attention [since then] though the risks haven’t changed,” he said.

Part of the problem for emergency planners is the very nebulous definition of the word “prepared,” he noted. Local, state and federal leaders have to make a budget for preparedness, but there’s lack of clarity on whether they are preparing for a natural disaster, a pandemic, or a cyber-attack and it is impossible to prepare for every possibility.

“Public officials don’t get pressed enough on not only what they have done to prepare, but what is actually needed to be prepared for” a disaster, he said. “Journalists could be asking how did public officials arrive at their preparedness budget and” what potential scenarios have been covered.