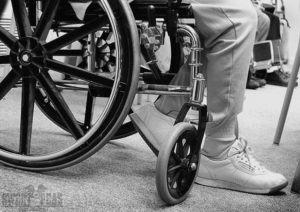 Relatives, not strangers, may be the people most likely to take advantage of older adults, according to a new study by University of Southern California researchers. Their analysis found that family members were allegedly most likely at fault across all abuse types, except for sexual abuse and self-neglect.

The experts at the USC’s Keck School of Medicine identified the most common types of elder abuse reported and the alleged offenders. The study tabulated calls to the National Center on Elder Abuse (NCEA) and found a majority of complaints were about financial abuse, and nearly half of those allegedly committing abuse (when the relationship could be determined) were by family members.

Researchers were not surprised to find financial abuse was the most common abuse reported, according to Gali Weissberger, Ph.D., a postdoctoral scholar at Keck and the study’s lead author. Despite high rates of financial exploitation perpetrated by scammers who target older adults, they found that family members were more often responsible for the alleged abuse.

Approximately 1 in 10 Americans aged 60-plus have experienced some form of elder abuse according to the National Council on Aging. Some estimates range as high as 5 million elders abused each year. But NCOA says only an estimated 1 in 14 cases of abuse are reported to authorities. In rural America, the problem is worse, according to the U.S. Department of Justice. As our population ages, the incidence is likely to increase, experts say.

Aside from its physical, psychological and social impact on victims, their families and society, elder abuse attributes to more than $5.3 billion in U.S. annual health care costs. This Forbes story takes a closer look into financial exploitation of older adults, and this 2018 report from the U.S. Securities and Exchange Commission describes the pervasiveness of the problem and what regulators are doing about it.

The USC study is the first to analyze elder abuse from calls made to the NCEA resource line, which serves as a public access point for people seeking information and resources about elder abuse, researchers said. It highlights the importance of resource lines for those seeking information on elder abuse, as many calls were made to understand whether certain situations reflected abuse. The study was published in the July 31 issue of the Journal of Applied Gerontology.

Elder abuse can have several physical and emotional effects on an older adult. Many victims suffer physical injuries. Some are minor, like cuts, scratches, bruises, and welts. Others are more serious and can cause lasting disabilities. These include head injuries, broken bones, constant physical pain, and soreness. Physical injuries can also lead to premature death and make existing health problems worse, according to this CDC fact sheet.

Victims are often fearful and anxious. They may have problems with trust and be wary around others. Socially isolated older adults or those suffering from cognitive issues like dementia are just two factors that can make them more vulnerable. According to NCOA, nearly half of those with dementia experienced abuse or neglect.

In the USC study, nearly 2,000 calls, emails or messages logged on the NCEA hotline between August 2014 and June 2017 were coded and reviewed for any mention of abuse. Researchers categorized the type of abuse alleged, whether multiple types of abuse occurred and who perpetrated the alleged abuse.

The researchers acknowledge it is important to incorporate diverse data sources when collecting information regarding alleged abuse. The study was limited by selection bias, as the data was from individuals proactively calling the NCEA line.

“The results highlight the importance of developing effective strategies to prevent future abuse,” Weissberger said. “Our next step is to conduct more studies targeting high-risk individuals and to better understand additional risk factors.”