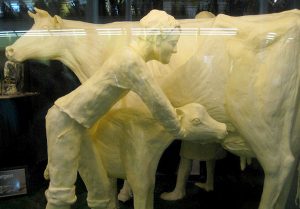 Last week kicked off the 11-day Iowa State Fair, drawing most of the top Democratic presidential candidates. A regular stop on the early state voting circuit, the Iowa State Fair offers the opportunity for face time with early-state voters – while also eating food on sticks and posing for selfies in front of a giant cow made out of butter.

In between, candidates have been releasing their plans for rural America. Many of these plans include details how they would expand broadband access and telehealth services.

At least 100 hospitals have closed in rural areas since 2010 and 46% of those remaining are operating at a loss, severely eroding in-person care access, according to the National Rural Health Association.

High-speed broadband can facilitate telehealth between rural health clinics and specialists in urban areas as well as patients at home. High-speed broadband is important for remote patient monitoring of patients who live far from hospitals and clinics or who lack reliable transportation.

Private companies are heading to Iowa to talk about broadband access too. Microsoft’s head of technology and corporate responsibility wrote in a blog post on Aug. 8 that Microsoft is hosting a booth at the Iowa State Fair to discuss Internet access with Iowans.

One could argue that Democratic candidates potentially could realize at least some of their vision for expanding broadband and telehealth, if elected. Both issues enjoy wide bipartisan support.

For more on the 2020 Democratic presidential candidate plans for broadband and telehealth, see our new tip sheet. The tip sheet will be updated include candidate plans that mention health IT topics as they roll out.