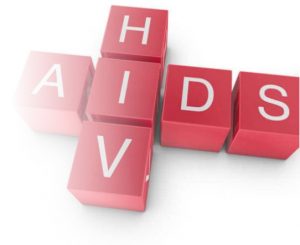 Since the epidemic began, around 35 million people have died around the world from AIDS-related illnesses, and there is still no widely available cure. There have, however, been huge advances in treatment, with new drugs to prevent the disease and drugs that enable those diagnosed with the virus -human immunodeficiency virus or HIV – that causes AIDS, to live into their 70s.

Getting an HIV diagnosis is no longer the early death sentence it was in the 1980s, as long as the person gets treatment early. As of 2017, there were about 37 million people globally living with HIV and 1.1 million in the U.S., making it one the most prominent infectious diseases that humans are living with around the world, according to the United Nations.

The word “cure” for AIDS was once again the headlines this year, when scientists published a paper about a London patient with HIV whose body became cleared of the virus after he received a stem cell treatment for cancer. The stem cells he received carried a genetic mutation that seemingly enabled the patient to become immune to the virus.

Freelance journalist Heather Boerner, who has written a new updated tip sheet for AHCJ members on covering HIV, cringed when she saw the March headlines about an “AIDS cure” because it causes confusion and leads to false hope.

“Before reporting on cure news with a sense of awe, stop,” she says. “Sit on your hands. Talk with your editor and the headline writer so you aren’t stirring up hope that an HIV cure is around the corner.”

The truth is that stem cell treatments are dangerous and incredibly expensive and by no means represent a widespread cure for HIV. But the headlines still led patients to ring up their doctors asking for the cure.

One Atlanta physician tweeted that a patient came to her clinic saying, “I thought I was coming in today to get my stem cells to cure my HIV,” Boerner reports.

She also urges journalists to follow the new federal money that is expected to be spent on combating AIDS and preventing new HIV infections. President Trump announced in his State of the Union this year his administration’s plan to push for ending the HIV epidemic by 2030. The strategy includes spending $291 million in 19 states, Washington D.C . and Puerto Rico. She suggests reporters find out where that money is being spent and how.

Another big unfolding story to follow is the price of drugs to treat and prevent HIV. Gilead Sciences, the maker of Truvada, which has been shown to be very successful in preventing HIV, charges $2,000 a month for the drug. Now patient groups are fighting back with a campaign “break the patent.”

To learn more about what is happening with the story of HIV and AIDS, read Boerner’s new tip sheet, which has updated figures and new stories for reporters to follow.