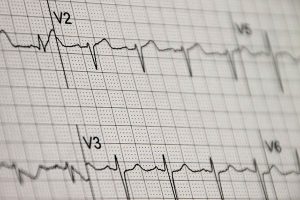 For quite a few years, many conservatives have argued that Health Savings Accounts (HSAs) should play a key role in market-oriented health reform. HSAs, the advocates say, enable people to have financial “skin in the game” and have the potential to encourage them to shop more smartly for health care services, bringing down spending. The counterargument is that they encouraged people to stint on health care, particularly preventive care.

A new issue brief from the Employee Benefit Research Institute (EBRI) makes a somewhat contrarian observation: Over time, as people build up more money in these accounts, they also tend to spend more. There’s also a fair amount of data suggesting that the savings accounts are more beneficial to higher income people.

HSAs can be an option within Affordable Care Act exchanges under certain conditions, but have played a larger role in other segments of the insurance market, notably employer-sponsored insurance. Many Republican plans for replacing or modifying the ACA have included expansion of these tax-favored accounts.

But the EBRI study (full report behind member paywall) had some surprising conclusions: If people have money, they spend it.

“Most account holders will build up an HSA balance (to the degree that contributions are made) because most people are healthy and do not use a lot of health care services in any given year,” EBRI’s Paul Fronstin and Christopher Roebuck write.

“Over time, growing HSA balances may mitigate the impact of the deductible,” the authors noted. “We find that as individuals build up balances in HSAs, they use more health care services than they otherwise would. In essence, HSA balances may blunt the cost-reducing effect of high-deductible health plans over time.” In other words, to the extent that high deductible plans do contain costs initially – that doesn’t last.

The study is based on 2014–16 data from large employers — not people in the individual market. The findings are intriguing. The people who had more cash in their accounts at the beginning of the year ended up consuming more health care services – particularly emergency services, both primary and specialty care visits, chiropractors, physical therapy, psychotherapy, blood tests, x-rays and other imaging and orthopedic surgery.

For every $1,000 in HSA balances, spending was nearly $500 higher. Instead of skin-in-the-savings game, this report suggests it was skin-in-the-spending game.

One thing the EBRI team suggested was more educational outreach to people with HSAs that would encourage them to conserve their account balances for post-retirement expenses.

For a nonpartisan overview of how HSAs work, this publication from the Tax Policy Institute may be helpful.