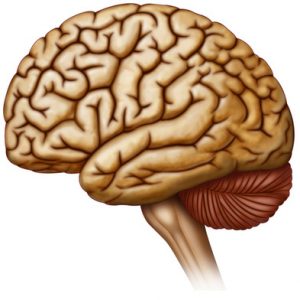 Would you want to know if you were at risk of Alzheimer’s disease, although it’s incurable and treatment options are limited?

Most people said yes” according to a recent survey from the Alliance for Aging Research conducted by Avalere Health. The vast majority of those surveyed also said that early detection is important to them and that they are willing to participate in clinical trials.

The survey also found that the level of understanding and knowledge of Alzheimer’s disease was lower among less-educated and lower-socioeconomic respondents. They also are less likely to be “treatment seekers,” and their primary care physicians may be disconnected from the clinical trial infrastructure. This lower awareness level is significant because AD risk is influenced by education level, according to the Alliance.

“Alzheimer’s disease and related dementias are difficult to diagnose. Families of someone suffering from the early stages of dementia often struggle before making the decision to get an evaluation,” said Susan Peschin, M.H.S., chief executive of the Alliance for Aging Research.

Some memory loss is natural as we age, but it’s important not to procrastinate in getting an evaluation for you or your loved one when your heart/gut tells you something is wrong. Many things can cause memory loss, and regardless of cause, you will want whatever treatment is necessary or available, as soon as possible, she said in an email interview.

Peschin recommends that anyone concerned about memory loss start by speaking with their primary care provider. There are many tools and approaches to help diagnose possible Alzheimer’s disease or other dementia. While Alzheimer’s is still progressive and incurable, some medications can help lessen or delay symptoms like memory loss or confusion, and remain independent longer according to the Alzheimer’s Association. Early detection may increase opportunities for those with the disease to participate in clinical trials.

The results highlight the American public’s interest in understanding their risk for AD, getting diagnosed and involved in research as early as possible, which runs counter to common nihilistic attitudes to AD in the medical community, according to the Alliance. This is a belief that there is no recognized cure or effective treatment for an illness, and therefore treatment or intervention in any form will not help,

“In the studies that have looked at physician attitudes on Alzheimer’s disease, the most cited barriers to diagnosis of dementia are that patients, family caregivers, and healthcare providers have differing health priorities,” Peschin said.

Physicians are largely dependent on being alerted by either the patient or a relative about symptoms of memory loss and provider challenges with time and knowledge about a referral to support services. There may also be reluctance by providers about declaring the patient’s inability to drive safely or continue living alone.

The most common enabler to early diagnosis is a doctor’s positive attitude to both diagnosis and treatment. There is recognition by many physicians that referral to support services for legal and financial planning, patient education, and caregiver support is an important part of disease management, she explained. Additional factors that encourage early Alzheimer’s diagnosis include support from relatives and family caregivers, belief in the patient’s right to know, and the desire of healthcare providers to be honest and open with their patients.

Understanding of AD was limited to personal experience (specifically. through a family member or loved one with the disease) and respondents felt slightly higher uncertainty, worry, and fear of getting the disease themselves as a result. A little more than half of the respondents said they had a family member or loved one with AD, while 38 percent identified as a caregiver for someone with AD.

Finding successful treatments for Alzheimer’s disease and related dementias face two significant hurdles: the first being we are still learning about the diseases’ underlying biology, she said.

Even with recent drug failures, researchers in both the public and private sectors are slowly gaining ground. A 2015  U.S. Food and Drug Administration’s (FDA) report noted that “much additional research is needed to understand the causes of Alzheimer’s.” The increased federal investment in recent years to the National Institutes of Health (NIH) — including targeted investment for Alzheimer’s disease and related dementias as well as the Brain Research through Advancing Innovative Neurotechnologies (BRAIN) initiative — has resulted in development of new tools allowing researchers to get a clearer picture of the complex underlying mechanisms of Alzheimer’s disease and related dementias.

According to a 2018 PhRMA report, there are 92 medicines in development for the treatment of Alzheimer’s disease.  It’s important to note that the survey was supported by Biogen Inc., Eli Lilly and Company, and Janssen Pharmaceuticals, Inc. When asked about their input into the survey, Peschin told me, “While not required, we asked experts within the sponsoring companies to provide us with input on the survey questions. Avalere worked only with the Alliance for Aging Research on the analysis. The Alliance maintained editorial control at all times.”

Asked what angles journalists angles may be missing, Peschin said, “Reporters often overlook the history of the disease and that recognition of these diseases is much newer than cancer and cardiovascular conditions,” Though federal investment in Alzheimer’s disease research lagged behind other major causes of death for decades, support has significantly increased in the last five to seven years. The translation of those increases in funding to translational science will take time.

The survey was conducted with 2,000 adults from across the United States. Of those surveyed, 85% considered understanding their risk of Alzheimer’s to be very important. Respondents also expressed great interest in participating actively in the early diagnosis process, including proactively getting a test or scan for early signs of AD and enrolling in relevant clinical trials in hopes of advancing treatment research.