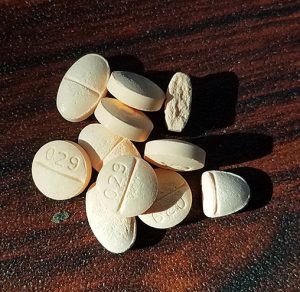 A panel of experts in geriatric care has identified nearly 100 medications that should be avoided or used with caution among the older population in the latest update to the Beers Criteria for Potentially Inappropriate Medication Use in Older Adults.

The recommendations by the American Geriatrics Society are widely used by clinicians, educators, researchers, health care administrators and regulators to ensure medications are appropriately prescribed. These lists are an important tool for clinical care, since older adults are prescribed medication more frequently than any other age group in the U.S. About 90 percent of older people use at least one prescription and more than 66 percent use three or more in any given month, according to the AGS. The criteria are intended for use in adults 65 years and older in all ambulatory, acute, and institutionalized settings of care, except for the hospice and palliative care settings.

Twenty-five medications or medication classes were dropped outright from the last update to the Beers Criteria, while several others were moved to new categories or had guidance revised. These guidelines are updated every three years.

“Medications play an important role in health and wellbeing for many older people,” said panel co-chair Donna M. Fick, Ph.D., R.N., in a statement. “With this new update, we hope the latest information on what makes medications appropriate for older people can play an equally important role in decisions about treatment options that meets the needs of older adults while also keeping them as safe as possible.”

The expert panel of physicians, pharmacists, and nurses participated in the 2015 update. Panelists had experience in different practice settings, including ambulatory care, home care, acute hospital care, skilled-nursing facility, and long-term care. Additionally, ex-officio representatives from the Centers for Medicare and Medicaid Services, the National Committee for Quality Assurance, and the Pharmacy Quality Alliance participated. Panelists reviewed more than 1,400 clinical trials and research studies published between 2017 and the last update in 2015.

Understanding the caveats and rationales informing the recommendations are as important as the recommendations themselves, according to the panel members. They help physicians and other health professionals know why medications are included on the lists and how approaches to prescribing can be adjusted accordingly.

“The Beers Criteria should never solely dictate how medications are prescribed, nor should it justify restricting health coverage. This tool works best as a starting point for a discussion — one guided by personal needs and priorities as we age,” he said.

Recommended medications to avoid or use with caution include long-term use of NSAIDs like ibuprofen, digoxin (Lanoxin), certain diabetes medications (Glyburide (Diabeta, Micronase) and chlorpropamide (Diabinese); muscle relaxants like cyclobenzaprine (Flexeril) and carisoprodol (Soma).

Benzodiazepines, such as diazepam (Valium), alprazolam (Xanax), and chlordiazepoxide (Librium) should be avoided [we previously reported on the risks of benzodiazepine use in older adults], as should certain antidepressants, pain relievers like Demerol, and even some over the counter products containing the antihistamines diphenhydramine (Benadryl) or chlorpheniramine (AllerChlor, Chlor-Trimeton). The criteria includes a list of potential pharmacologic and non-pharmacologic alternatives for many medications.

The Beers Criteria was first developed by Mark Beers, M.D., and colleagues in 1991.

Consumer guides to the new criteria are also available.

Reporters may want to interview physicians, nurse-practitioners, pharmacists and patients to explore whether, or how much prescribing habits really change based on the revised criteria.