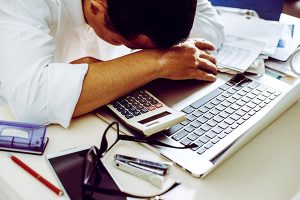 Bloomberg Health reporter John Tozzi has written a terrific “how I did it” essay summing up a yearlong project on Chronicling America’s Uninsured that really delved deeply into who can’t afford health insurance – or chooses not to pay the high cost – and what they experience.

It’s a powerful combination of policy and narrative in a way we don’t often hear. And he showed that health care and insurance isn’t just beyond reach of the poor or working class. It’s a crisis for growing numbers of people much further up the income ladder.

As Tozzi summed it up:

A year ago, my editor came to me with an assignment to change that: Find people who had decided they could no longer afford medical insurance. Follow them for a year. And show our readers how the affordability crisis in U.S. health care shaped their lives.

His essay describes how he found the families to track over many months – via social media, patient advocates, insurance brokers, direct pay doctors – and developed the trust they needed to tell their stories. He found that in many cases, they were more than willing to share their fears and frustrations.

His first piece last March looked at why some people – and not the very poor – decided to take their chances and skip paying a lot of money for insurance.  Or not covering one healthy kid so they could afford coverage for another really sick one.  Some families go bare – meaning no coverage. Others join Christian sharing ministries.  Others sign up for a “membership” in a local’s physician practice for office visits and lab tests (but it wouldn’t’ cover serious illness requiring specialized care and hospitalization.)_

Bloomberg asked for more stories – and they poured in, 5,000 of them.  Tozzi and his colleagues wrote about families who went into bankruptcy, who went into debt, who lost most of the security and accouterments of a middle class life because of the cost of insurance — or the cost of doing without.

Much of it was heartbreaking. All of it was grim.

“If 2018 was the year that health care fell apart,” Tozzi wrote in his final piece for this project, “2019 isn’t looking much better.”