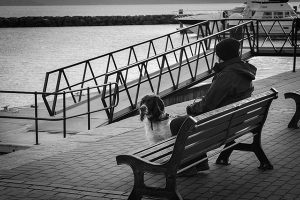 A significant percentage of older women are struggling to stay out of poverty, according to a new issue brief from Justice in Aging.

The report looks at reasons more women are aging into poverty than men, discusses the support systems that are in place to help older women, and recommends ways to strengthen and expand those support systems.

According to the report from the nonprofit legal advocacy group, of the 7.1 million older adults living in poverty in the U.S., nearly two out of three are women. The Census Bureau’s Supplemental Poverty Measure (SPM) estimates that 16 percent of women age 65 and older live at or below the poverty line. In comparison, 12 percent of men over 65 live at or below the poverty line. Older women of color experience poverty at significantly higher rates than their white counterparts, with the SPM indicating that Black, Hispanic, and Native American women are almost two times more likely to live in poverty than older white women.

LGBTQ older women also experience high rates of poverty due to historical discrimination, the report said. “This variation is magnified by oppression based both on sex and gender identity and only recent access to legal recognition and marital protections” according to the report’s authors. Nearly half of bisexual and transgender women live below 200 percent of the federal poverty limit.

The report points to structural inequities that appear to impact women more than men, such as:

Additionally, women move in and out of the workforce more often than men, because they are still the primary caregivers of children and aging parents or spouses. Becoming a caregiver increases women’s risk of aging into poverty. The typical female caregiver is 50 years old. When women leave the workforce or reduce their hours to care for a family member or friend, it is more difficult to reenter the workforce.

Women who are caregivers also tend to take lower-wage jobs that may offer more flexible or part-time hours to better enable them to meet caregiving demands, according to the report. Low-income women and women of color are even less able to absorb the loss of income that comes with fewer hours of work.

Lifetime health care costs tend to be higher for women due to pregnancy and postpartum care, plus women also have a longer life expectancy. The report noted that a woman who is now 65 years old would spend approximately $47,000 more in retirement for health care expenses than her male counterpart. These health care costs increase with age. Women 85 and over spent an average of $8,574 in 2010 on services and premiums while men ages 85 and over spent an average of $7,399. This disparity is likely to widen in the future.

Married women generally fare better economically than single (never married, divorced or widowed). However, the report pointed out that single women make up half of U.S. households. That statistic increases with age. Only 15 percent of women over 85 are married, compared with 54 percent of men in that age group. Women also tend to rely more on social safety net programs, such as Supplemental Security Income (SSI) benefits, Medicaid, and Low-Income Home Energy Assistance program (LIHEAP) which provides states with grants to help homeowners with heating and cooling bills.

The authors noted that “older women have cared for us and worked hard all of their lives. It’s imperative that we enact policies, so they don’t have to struggle to make ends meet.” They recommend:

Here are some questions to ask in your reporting: