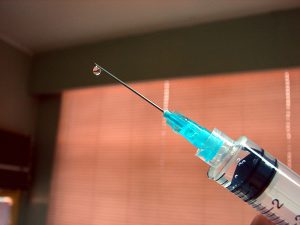 For journalists covering the Trump administration’s plan to expand step therapy to Medicare Advantage, there are important angles to cover now.

A new AHCJ tip sheet explains why CMS is implementing step therapy for Part B drugs and the issues important for journalists to cover when writing about this new rule. “Sometimes called ‘fail first,’ step therapy is the term used when a health insurance company forces doctors to prescribe the cheapest medication first, providing access to more expensive alternatives only if the first option doesn’t get results,” Paul Sisson explained in the San Diego Union-Tribune.

One of the most important issues to cover is the effect step therapy could have on patient care. Physicians, patients and patient advocates say that requiring patients to try medications that physicians have not recommended can exacerbate patients’ conditions. Doctors often complain that they know more about the latest clinical evidence and certainly know what’s best for their patients compared with what health insurers know about evidence and patient care.

As Sisson explained, Medicare Advantage plans will need to ensure that they’re following the best and most recent evidence about which drugs can deliver the best results.

Another angle to cover is the burden the step therapy may place on physicians and how an insurer’s attempts to control costs can interfere with the patient-physician relationship.

CMS and insurers counter that step therapy can help them to control costs. It enables Medicare Advantage plans to encourage greater use of known medications that may carry lower risks for patients than newer therapies. Also, as Shannon Firth reported for MedPageToday, the drugs patients get under Medicare Part B are different from those most Medicare Advantage patients receive at their local pharmacy under Part D, she wrote, noting that under the new rule, health insurers may be able to negotiate better deals for patients because the old rules could have stymied competition.

While cost savings may be possible, the issue that most rankles patients and doctors is the potentially negative effect step therapy can have on patients. In 2014, Blue Cross Blue Shield of Massachusetts required a 22-year-old college student with ulcerative colitis to use two medications his doctor did not recommend. After the student failed on those two drugs, he needed surgery to remove his colon, as WBZ 4 CBS Boston reported at the time.