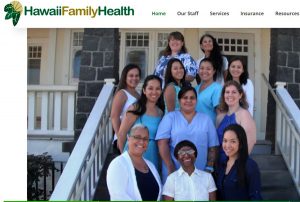 It’s hard to imagine any physician starting an online fundraising effort to keep her practice open. But for Michelle Mitchell, M.D., a solo physician who runs Hawaii Family Health, the business model for primary care in her state is unsustainable otherwise.

She wants to raise $250,000 via a GoFundMe page that explains many of the financial problems she and her 15-member staff face running a practice that serves 2,500 patients in Hilo, the capital of the Big Island.

On a blog post on the Hawaii Family Health site, Mitchell went into more detail, saying she hadn’t taken a paycheck for 18 months and instead has withdrawn funds from her retirement plan. She’s had to cut what she pays her staff and is looking to work as a traveling physician two days a week so that she can continue to run her practice on the other days.

Other physicians in Hawaii have retired or closed their practices because, she says, most doctors cannot cover the cost of running their practices. “Sadly, this is magnified in primary care and in Hawaii, where insurance reimbursement rates (particularly with the changes within the last two years) are so low we are driving physicians out of practice,” she writes.

Two years ago, the federal Centers for Medicare and Medicaid Services implemented the Medicare Access and CHIP Reauthorization Act of 2015 calling for 30 percent of Medicare payments to be tied to quality and value through alternative payment models by the end of 2016 and 90percent by the end of this year.

A recent RAND report commissioned by the American Medical Association describes many of the problems physicians face in implementing alternative payment models (APMs), which are forms of value-based payment. The report, “Effects of Health Care Payment Models on Physician Practice in the United States,” follows up on a report RAND published two years ago. It’s useful because it covers four years of experience that physicians have had with APMS.

For Mitchell, value-based payment has not helped her practice. Her gross income does not cover what she needs to pay her staff, not to mention office rent, electricity, malpractice insurance, an electronic medical record system, licensing, billing and other costs. She describes her practice in more detail here, including revenue and costs.

Mitchell has worked with the Comprehensive Primary Care Plus program that Medicare runs, and the payment system in Hawaii, Miller writes. But those programs left her practice worse off financially because they increased her costs and failed to provide enough revenue to cover those increases, he adds.

Mitchell’s case is severe, but the challenges she faces are similar to those many of her primary care that other colleagues face, writes Harold D. Miller, president and CEO of the Center for Healthcare Quality and Payment Reform. In a blog post, Miller says health insurers are not paying enough to cover PCP’s costs and value-based payments do more harm than good. Low payments will force independent primary care physicians out of business, which will devastate many small and rural communities, he adds.

In April, the Association of American Medical Colleges reported that the United States faces increasing shortages of PCPs and other specialists. Last week, Amanda Henderson explained in a report for Fox Illinois, that Illinois also has fewer physicians than it needs. “Not having as many doctors immediately available leads to a sicker population,” she wrote.

Miller concludes his blog, saying it’s time for Medicare to try a different approach to value-based payment by testing multiple payment models in different places, by letting physicians design payment programs in ways they believe will work and by moving quickly to try new approaches rather than waiting years to develop the perfect payment model.