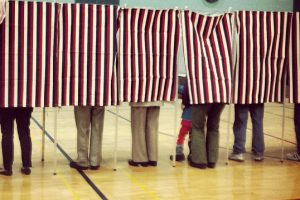 The midterm election and a divided Congress creates a new health reform agenda for 2019.

Repeal is done – in Congress, at least. A federal judge in Texas is widely expected to roll back at least some Affordable Care Act patient protections.

So what’s next? With divided government, big sweeping legislation is unlikely (and, of course, whatever is next in the Mueller/Russia investigation could become center stage in D.C., thrusting most domestic policy battles aside). But we can expect a ton of oversight from House Democrats – from the House Oversight and Government Reform Committee as well as House Energy and Commerce and Ways and Means, which have jurisdiction over health. Expect the Democrats to summon (and possibly subpoena) administration officials to explain/justify their policies on the ACA, drug costs, reproductive health and other matters – like why the Department of Justice backed that red state lawsuit aimed at killing much of the ACA.

That doesn’t mean there won’t be any legislation, or attempts to legislate.

Some Democrats in the House are likely to try to move ahead on some version of single-payer health care, with some favoring a House counterpart to the Bernie Sanders Senate proposal. That won’t get enacted any time soon – but the conversation has begun, and it will be a defining one for Democrats from here on out.

The House Democratic leadership wants to focus first on strengthening the ACA. But it’s not all that likely that Congress takes bipartisan – i.e. House and Senate – steps to strengthen the exchanges. It’s impossible to completely rule out some kind of very slimmed down eventual revival of the 2017 Alexander-Murray legislation to address premium stabilization but there’s no sign of that on the horizon at the moment, and the need for such legislation is less pressing given that CMS has been allowing states to do reinsurance waivers to restrain premium increases.

The Democrats also are likely to push fast for some kind of legislation to protect patients with pre-existing conditions, both because it was such a key issue in the midterms and because those protections are threatened by the Texas court case.  The Republicans may try to press some language of their own – which may not in fact fortify those protections to the same extent or which may contain additional measures that the Democrats won’t accept. The bill the GOP floated a few months ago protected people with pre-existing conditions in the sense that insurers would have to cover them – but insurers wouldn’t have to cover the health services those patients needed.

Democrats may also try to unwind some of the regulatory steps HHS has taken to offer alternatives to ACA coverage, like expanding short-term limited-duration plans, but that’s not likely to get backing in the Republican-led Senate. It’s more likely to be an oversight topic than a new law.

It’s likely there will be some action, either through legislation or regulation – not sweeping but not just symbolic – on lowering drug prices and making it easier for generics to come to market.

There could be more opioid work – but given that Congress has done two bipartisan packages (one as part of the Cures legislation in 2016 and the recent opioid legislative package as well as some spending boosts in appropriation bills) that’s not likely to be immediate.

There is also bipartisan interest in addressing “surprise” medical bills. This initiative may be a starting point.