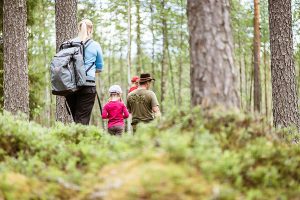 One of the biggest changes would be allowing people to use their ACA subsidies to buy insurance outside of ACA markets, including short-term plans or association health plans that don’t meet ACA coverage and patient protection rules.

A few days after issuing that general guidance, CMS released four new waiver concepts, which they are calling “State Relief and Empowerment Waivers.”  They would let states:

It’s a big change, with the HHS saying it gives consumers more affordable coverage options. But critics contend that it is another way the administration is seeking to undermine the health law without repealing it.

In fact, some Democrats say the administration is going so far that their policies are illegal. “We are concerned that this guidance is unlawful, will raise costs for older and vulnerable Americans, and will eliminate protections for individuals with pre-existing conditions,” the top Democrats on the House Energy and Commerce and Ways and Means Committees wrote to HHS.

The 1332 waivers originally were included in the ACA to give states more room to innovate — as long as they adhered to the basic goals of the ACA, and preserved its consumer protections. The waivers also can’t raise the deficit. The original waiver program would have allowed conservative states to move in more market-oriented directions, up to a point, and enable more liberal states consider more progressive solutions such as state-based single payer systems or a public option. (although none so far has figured out how to do that). Several states are using the waivers for reinsurance programs, which help keep premiums down. (Here’s a map and tracker of the state waivers from the Kaiser Family Foundation.)

The new guidance gives more options to the conservative states — but includes a phrase that raises a red flag for the states interested in more progressive options. “A section 1332 state plan should foster health coverage through competitive private coverage, including AHPs and STLDI [short term limited duration] plans, over public programs.” It doesn’t tell a state, no you can never do a public option or a single payer or a Medicaid buy-in, but it does signal that CMS may not look too kindly on such proposals.