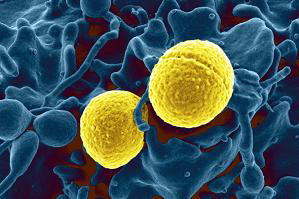 The problem is a unique business and policy dilemma for society.

Research and development for a new drug can be as much as $1 billion. A drug company naturally seeks to develop a blockbuster drug that will generate a billion or more in sales to recoup that investment. New antibiotics, however, will never reach blockbuster status because bacteria can naturally develop resistance to each new antibiotic, making them less effective over time. To keep them effective, doctors have to use new antibiotics sparingly.

So judicious use of antibiotics results in lower sales. A drug company can charge a lot for a new antibiotic, but it’s unlikely to ever be enough to recoup costs, according to David Shlaes, a former drug company executive and now the author of the blog Antibiotics – The Perfect Storm, which focuses on the antibiotic research and development pipeline.

“We need new antibiotics to fight infectious caused by resistant bacteria,” Shlaes says. “But the marketplace, the structure of the pharmaceutical industry, regulatory agencies and difficult science are conspiring to deny us the products we need.”

As of July 2018, there were about 42 potential antibiotic drugs in the development pipeline to treat serious bacterial infections, but just a fraction of them may make it all the way through clinical trials to regulatory approval and the market, according to The Pew Charitable Trusts’ Antibiotic Resistance Project, which has been tracking antibiotic research and development.

Because the accepted drug development business model doesn’t work with antibiotics, health and economic policy leaders have been working together in Washington D.C. on policies that might encourage more drug companies to invest in antibiotic R&D. FDA Commissioner Scott Gottlieb in mid-September announced that the agency is working with government agencies and commercial insurers to develop an economic model that ensures antibiotic developers to recoup their costs.

“It’s great to hear an FDA commissioner acknowledging that there is a need for economic incentives,” Gregory Daniel, deputy director of the Duke-Margolis Center for Health Policy, told the Center for Infectious Disease Research and Policy Center’s news service. The Duke-Margolis Center proposed a reimbursement model that would include a guaranteed payment from insurers to companies whose products make it to market.

Meanwhile, thousands of people die annually from infections that cannot be treated by antibiotics. The Centers for Disease Control and Prevention estimates that about 2 million people were sickened by antibiotic -resistant bacteria and 23,000 Americans died in 2013, the most recent data available. The agency is expected to update its figures in 2019.

For journalists looking for new angles on antibiotic resistance, consider the business story. Here are some ideas:

AHCJ has updated its tip sheet on covering antibiotic resistance. Also, check out some recent coverage on the topic:

1 thought on “Consider the business angle when covering antibiotic resistance”