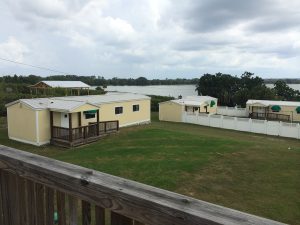 A passerby in a car thought the truck was a gun and called the police on Rios Soto, who was 26 years old at the time.

Law enforcement arrived, and as Kinsey sought to communicate the situation to them while lying on his back in the street with his hands in the air, an officer shot him in the leg.

Kinsey survived, but Rios Soto was left without his beloved therapist and was immediately committed involuntarily to a psychiatric ward for 35 days. The Aftereffect series follows his fate through a disability care system that takes him to a notorious facility in Florida that the state refuses to close.