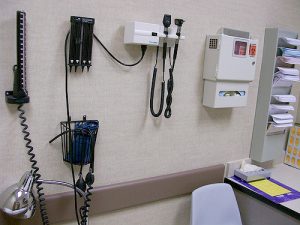 Open enrollment begins in just a few weeks and overall it’s looking like a better year for the ACA markets than many earlier expected. As of this writing, there are no “bare” counties and the general trend is toward greater health plan participation in the markets – despite all the undermining by the Trump administration.

Premiums are rising more modestly than last year and in a few actually are falling on average. While we don’t yet have complete insurance statistics for 2018, in 2017 coverage was quite stable, according to the most recent data from the U. S. Census Bureau.

“The news is pretty good,” Katherine Hempstead, a senior policy adviser at the Robert Wood Johnson Foundation, said during a recent AHCJ webcast. “Many of you will be able to write stories saying people will have more choices.”

RWJF has created an easy data tool to make it easier for reporters to research plan participation around the country, by states and by county. Hempstead demonstrated it on the webinar. (Thanks to my Politico colleague Dan Goldberg, a state-coverage focused reporter, for filling in for me as moderator.)

The data tracker is pretty point-and-click easy to use – you don’t have to be a sophisticated data reporter or have graphics expertise. However, for those who want to take it to the next level, the data can be downloaded into mapping software or used in conjunction with the RWJF Health Exchange data file.

Some of the data in the tracker is still preliminary, as states haven’t finalized rates and contracts with all the plans, but RWJF is updating it regularly. Open enrollment begins November 1 and runs until December 15.

The tracker shows carriers in the individual market in 2019 – on and off the exchange – and how it compares with 2018 by state and county.

Some states where the markets or segments of the market had seemed to be teetering a year or so ago – most notably Tennessee – are doing a lot better. “The places that weren’t doing as well – it seems like there’s quite a bit of interest on the supply side – to come in and sell in the marketplaces,” Hempstead said.

The tracker doesn’t provide an encyclopedic overview of all aspects of the ACA state by state, but Hempstead has a few suggestions for finding out more.

To see enrollment data by carrier, get the reports that insurers must file with the NAIC. Some states will also share that information.

Measuring the impact of Association Health Plans and short-term plans will take some time. (A few states are banning or limiting the short-term plans.) Some of that will eventually be in the HIX Compare file. State insurance departments may be helpful. Online health insurance brokers will have some information and RWJF also can assist.