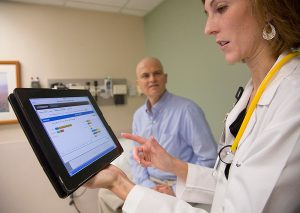 IBM enjoyed positive PR on its cancer treatment adviser, Watson for Oncology, until two reporters for Stat looked into whether the results matched the buzz.

Casey Ross and Ike Swetlitz describe in a new “How We Did It“ piece that they initially got interested in IBM Watson because there were “a few chinks in the narrative“ the computing giant had been telling. Notably, one big cancer center had scrapped its project with IBM.

Ross and Swetlitz describe their reporting process, and how initial stories on Watson for Oncology generated more leads and additional sources coming forward.

Notably, the reporters write that, like most multitasking reporters today, they were expected to continue producing other stories on their beats, and provide frequent updates on the investigation to their editors.

Learn about their big break in the ongoing investigation, and what lessons they have learned from the experience so far.