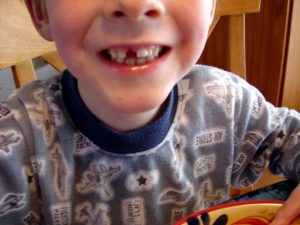 Following a two-year investigation by state health officials, the Connecticut State Dental Commission has voted to discipline a dentist for performing unnecessary work on a toddler.

In the 2016 complaint that spurred an inquiry by the state Department of Public Health (DPH), the child’s mother said she had agreed to allow dentist Ammar Idlibi to place a crown on one of her 3-year-old daughter’s teeth.

When the little girl emerged from the operating room, however, eight teeth had been capped.

Now the Terryville practitioner faces disciplinary actions that include $10,000 in fines, three years’ probation and remedial training in ethics, record-keeping and consent, reported Matthew Ormseth, who has been following the case for the Hartford Courant.

The sanctions recommended by DPH were imposed by the dental commission following a Sept. 5 hearing. “This is a clear case of overtreatment,” summed up one commissioner quoted by the Courant.

In earlier reporting on the investigation, Ormseth explained the background of the case.

“Connecticut’s Medicaid reimbursement system is relatively generous, thanks to a class-action suit that ended in 2008 with the state increasing the amount it reimburses dentists who treat low-income children. To combat fraud, pediatric dentists must clear certain procedures, such as root canals, crowns and extractions, with the state Department of Social Services (DSS), which handles Medicaid funds,” he wrote.

However, since it often can take weeks to get an approval, some dentists go ahead with additional procedures and submit the work to DSS for a post-procedural review, Ormseth wrote.

Some have raised ethical questions about the practice of seeking approval for dental services after they have been performed.

“You wouldn’t go into an OR expecting to get an appendectomy and come out with other procedures,” Danbury dentist Allen Hindin told the Courant. “Dentistry doesn’t have a right to be separate from medicine when it comes to consent. Informed consent is sacred to health care.”

During the Sept. 5 hearing, Idlibi defended his actions, telling the dental commission that he was working in the best interest of his patient when he performed the additional procedures.

“Idlibi told the dental tribunal the mother had given him ‘blank authorization’ to treat whatever decay he found,” Ormseth reported.

“The girl had been placed under general anesthesia; while he acknowledged that crowning eight baby teeth in a single session was ‘aggressive,’ Idlibi said he had not wanted to expose someone so young to anesthesia more than once.”

The dentist argued that in the interest of reducing risk, the concept of consent should be ‘tailored.”

An attorney representing DPH countered that Idlibi had ‘overextended the concept of consent’ in crowning so many teeth without telling the girl’s mother beforehand,” Ormseth reported.

The dental commission made its decision in a 7-2 vote. Idlibi said he plans to appeal.

1 thought on “Connecticut cracks down on dentist for overtreating toddler”