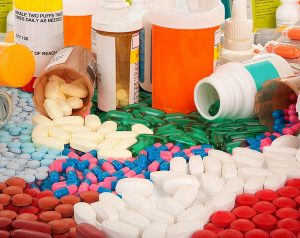 When covering prescription drug pricing, one problem that journalists face is understanding the almost-labyrinthine complexity of the drug supply chain, from manufacturer to consumer.

For one of its first investigations, the young publication Tarbell set out to explain why drug prices are so high. In doing so, Tarbell Editor Randy Barrett describes in great detail the complex world of pharmacy pricing.

In a new How I Did It piece for AHCJ, Barrett describes why the inherent complexity of the prescription drug business is a big reason why many medications have become so expensive. We have reported previously on pharmacy pricing, including this How I Did It by Katie Wedell, a data journalist for the Cox Media Group who writes for the Dayton Daily News and the Springfield News-Sun in Ohio.

When Tarbell was founded last year, publisher and founder Wendell Potter asked the staff to make pharmacy costs one of its first investigative projects.

Jonathan Valania last year wrote about the founding of Tarbell for Philadelphia magazine, calling it a crowd-funded, public-interest journalism digital start-up. The publication is named after pioneering muckraker Ida Minerva Tarbell, a former resident of Titusville, Pa. Ida Tarbell’s “hard-hitting exposé of Standard Oil for McClure’s Magazine in the early 1900s led to the breakup of the oil giant’s monopoly,” Valania added. Potter aimed to raise $1 million before opening Tarbell’s offices in Philadelphia and contracting with a core of six to eight freelance journalists.

Over three months, Barrett and colleague Marilyn Serafini produced three articles on prescription drug pricing, with Potter editing. Here is the main story. Among the things they learned:

Barrett and Serafini interviewed dozens of experts in hospitals, pharmacies and pharmacy benefit managers, as well as analysts and consultants. Despite their efforts to take a deep dive into one of America’s most pressing problems, the main trade group representing pharmaceutical companies did not respond to requests for comment on any part of the story.

The Pharmaceutical Research and Manufacturers of America’s lack of responsiveness didn’t surprise Barrett, but illustrates an apparent goal behind the mostly opaque contracts used by pharmaceutical companies, PBMs and insurers, as other journalists have reported. For example, read this series of articles by Catherine Candisky, Lucas Sullivan and Marty Schladen of The Columbus Dispatch. Here’s a headline from one recent piece: “Report on pharmacy middleman pricing to stay secret — for now.” Also check out Bob Herman’s recent reporting on PBMs for Axios.

As Barrett explains, agreements between PBMs and insurers are considered trade secrets and aren’t discoverable, even through litigation.

In addition to the insight that the Tarbell series provides on how some companies in the pharmacy business drive up prices, also useful to journalists are the sources Barrett names, including some PBM consultants who previously worked for large companies somewhere in the pharmaceutical business. They now advise self-insured employers and other companies on how to get the best deals from the middlemen in the pharmacy supply chain.

“Simply put, these are the people who know all about how PBMs work to avoid passing along the full amount of drug rebates to their customers,” Barrett said.