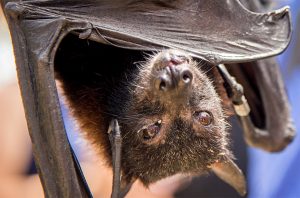 Journalists who had been looking for stories about the high cost of medical bills came across an unexpected one – the astoundingly high price of rabies treatments.

They learned about the case of Tamara Davis, who found a bat clinging to a dish towel in her kitchen one summer day. Even though she had no sign of a bite mark, a Georgia public health official told her to go to the emergency room to get a rabies shot. She had no idea it would leave her owing at least $10,000 in hospital bills.

Goodman and Miller decided to see if anyone else had the same experience as Davis. A search through the Internet and social media sites turned up many similar stories. Goodman and Miller knew they needed to investigate how rabies treatment costs had become so sky high.

“Neither one of us could remember rabies prices being so pricey,” Goodman recalled.

After months of work, Goodman and Miller (the duo have collaborated on four stories and are working on a fifth) published an eye-opening tale about how rabies treatment works, the bizarre world of U.S. health pricing and the disturbing costs of health care for the uninsured.

Rabies is a bullet-shaped virus carried in animal saliva. Humans can contract it from the bite of a rabid animal. The virus goes after nerve cells and can take days, weeks or months to invade the brain. If untreated, the mortality rate is 100 percent. Though rabies deaths in the U.S. are rare – only one to three a year – at least 30,000 to 60,000 people get rabies treatment after an encounter with a wild or unvaccinated animal, according to the Centers for Disease Control and Prevention.

Since the late 1800’s, rabies treatment has involved getting a vaccine and a purified blood product from someone who had developed an immune response to the virus. Currently only two companies, Griffols and Sanofi Pasteur, sell the blood product and vaccine in the U.S.

Determining the actual price of treatment turned out not to be easy. Goodman and Miller eventually got the answer by working through a private drug database company. They learned that vaccine and blood product prices had soared 400 percent over the past decade. A hospital bill for the treatment can total more than $20,000 in some cases.

To put the story in the context of general health care costs, Goodman and Miller queried all 50 of the U.S.’s state health departments to find out what the departments were doing about rabies treatment costs. 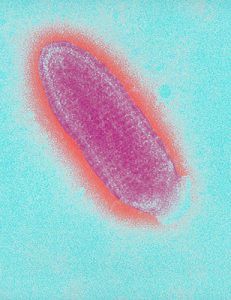 As one patient told the reporters, “How does anybody without any means afford health care today?”

In a new “How I Did It,” for AHCJ, Goodman and Miller describe how they reported this investigative story. It is an excellent road map for journalists interested in looking more deeply into the nation’s high medical costs.