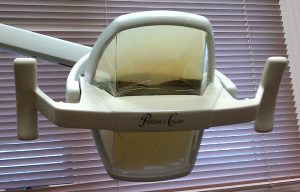 Kentucky Gov. Matt Bevin’s decision this month to cut dental and vision benefits for about 460,000 state Medicaid beneficiaries is taking a toll on providers and patients in the state.

Since the Republican governor made his announcement in early July, Jessica Clark-Boyd, who is the office manager for Healthy Smiles, a dental practice in Prestonsburg, has had to reschedule dozens of patient appointments for next month in hopes the benefits eventually will be restored.

“I just hope it gets resolved,” Clark-Boyd told the Lexington Herald-Leader. In the story, she acknowledged that for her, the most difficult thing has been informing patients that their benefits have been cut.

Lynda Joseph, who works part-time at Walmart, is one of those patients. The Pikeville woman had an appointment to get a tooth extracted only to learn that she had lost her dental benefit, reporter Will Wright wrote.

“Now she doesn’t know when she’ll be able to get the tooth pulled,” Wright noted in the story.

Bevin’s move eliminated dental and vision benefits for working-age people slightly above the poverty level, who had been added to the state Medicaid program under an expansion ordered by the state’s former governor, Steve Beshear, Wright reported.

Bevin announced the cuts after a federal judge blocked his plan to overhaul the state’s Medicaid program by requiring recipients to work or volunteer and pay monthly premiums.

The governor defended his move as a cost-cutting measure made necessary by the court decision, but critics challenged the cuts, Wright reported.

The Kentucky Center for Economic Policy called the cuts “unnecessary and harmful.”

“From 2013 to 2016, Kentucky’s uninsured rate dropped from 14.9 percent to 5.5 percent,” Wright noted, citing the liberal-leaning think tank. “That decrease, according to the report, has pumped billions of dollars into the economy and created thousands of jobs — half of the net job growth in Kentucky since December 2007 came from the health care sector.”

Bevin’s move does not affect dental and vision benefits for children and pregnant women covered by the state’s Medicaid program.

But public health advocates in the state told the Associated Press that some children and pregnant women were wrongfully denied access to care.

Emily Beauregard, executive director of Kentucky Voices for Health, a patient advocacy group, told AP that the Bevin administration’s decision  had resulted in “chaos and confusion.”

State officials said they were working to resolve any confusion about eligibility.