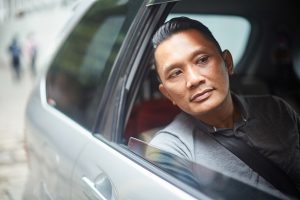 If you are like me, you’ve noticed a steady increase this year of press releases announcing deals between ridesharing companies such as Uber and Lyft and hospitals.

Ridesharing for medical appointments is being tested at hospitals all around the country. At HIMSS18, the leading health IT conference, held in Las Vegas in March, both Uber and Lyft had significant presences and unveiled new initiatives and partnerships in the health care space.

On the surface, ridesharing services could solve some intractable problems in health care. Each year, an estimated 3.6 million people nationwide miss or delay a medical appointment because of a transportation issue. Missed medical appointments cost an estimated $150 billion per year, and so-called “no-show” rates are as high as 30 percent in some areas.

With an increased focus on social determinants of health, hospitals are looking for ways to bridge gaps in community services (such as housing, transportation, food and child care) that contribute to poor health outcomes. Ridesharing could help address these problems, especially in regions where public transportation is scarce.

But it’s unclear whether patients will embrace ridesharing. One of the only peer-reviewed studies on ridesharing for medical appointments found a low uptake in the service by urban Medicaid patients.

Then there’s the issue of public trust in ridesharing services, with a seemingly steady stream of PR disasters and security problems. If done right, patient ridesharing could go a long way in building trust. But done wrong, and it could be a bigger disaster for not only the ridesharing companies but for the hospitals that engaged these services.

A new tip sheet on patient ridesharing is meant as a guide for reporters who get pitches from their local hospitals on this new service. One of the key things I’ll be looking for in the months to come is how ridesharing is received by patients and whether it is a net gain in terms of patient experience and reducing missed medical appointments.