View all posts by Diana Mason and Barbara Glickstein → 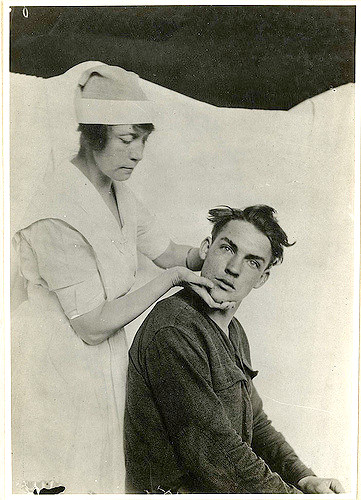 Unless the story focused on health care workers’ potential exposure and protective equipment, American journalists rarely included nurses in their stories about Ebola before Phan came down with the disease. After that, journalists could not get enough interviews with nurses and representatives of nursing organizations. When the Ebola story receded from the headlines, press inquiries stopped. Diana Mason, a co-author of this blog, was president of the American Academy of Nursing at that time and saw the difference in media requests for interviews.

The underrepresentation of nurses in health news didn’t just occur during Ebola crises. We recently reported on the high-level preliminary findings of two phases of a study, “The Woodhull Study Revisited: Nurses Representation in Health News Stories,” about how often nurses are represented in health news stories They have significant implications for health journalists who are not diversifying their sources. While the study focuses on nurses, the findings also apply to health professionals other than physicians.

The findings were scheduled to be presented at a May 8 press conference at the National Press Club in Washington, D.C.

“Woodhull Study Revisited” replicates a 1998 study named after Nancy Woodhull a USA Today founding editor who was concerned about the underrepresentation of women in media, including nurses. The original study found that nurses were included as sources in only 4 percent of health news stories in September 1997 in two leading national newspapers and five metro dailies; and less than 1 percent of the time in four news magazines and five health industry publications. Nurses rarely were mentioned as health news sources, even though they would have been germane to the story or identified in photos accompanying the news stories.

Twenty years later, we worked with the Berkeley Media Studies Group to examine health news stories from September 2017 in the same publications (some are no longer in print but are online) and found that nothing has changed. The stories we examined included nurses as sources only 2 percent of the time, although the difference in the 20 years was not statistically significant. When used as sources, it most often was in stories about labor, the profession itself (such as the scope of practice), quality or education. Nurses seldom were included in stories on research (9 percent), policy (4 percent), or business (3 percent).

Perhaps more telling was the second phase of the study, in which we interviewed 10 health journalists about their experiences with using nurses as sources. Our preliminary findings suggest that bias exists in sourcing for health news.

First, journalists may be stuck in old stereotypes of nurses and do not have a clear understanding of the range of a nurse’s knowledge, skills and work. When they do use nurses as sources, journalists find that their reporting was enriched.

Long-standing editorial practices and policies in newsrooms can present barriers to identifying and using nurses as sources. Some participants noted that they often have to justify using a nurse as a source to their editor, though they rarely have to do so when using a physician. Editorial style guides used by many newsrooms require identifying physicians as M.D. or Dr., though the medical degree may be irrelevant to the story (such as when the CEO of a healthcare organization is a physician). But the same guides often prohibit identifying a nurse as a Ph.D. or R.N., implying that noting a hospital CEO also is a registered nurse is irrelevant.

Third, when journalists ask the public relations staff of a health care organization or university for a source on a health topic, they rarely are referred to a nurse.

The study also found that journalists are unsure about how to find nurses for interviews and said they often have little time to track them down. Nursing organizations and nurses are not doing an effective job of pitching story ideas and responding to media inquires in a timely fashion.

So why does this matter to you?

We know that women are underrepresented in newsrooms (24 percent) and as sources (36 percent). The Women’s Media Center has tracked this issue over time and documented that it is slowly improving. However, is it improving for all women – especially in health news?

There are about 3.5 million registered nurses in the United States – the largest group of health professionals – and 90 percent of nurses are women. When we were conducting the study, one journalist who covered the business of health care declined to participate, declaring that their beat did not involve nurses. Many journalists may not realize the hospital’s chief nurse often is also the vice president for patient care services and responsible for the largest portion of the hospital’s budget. Who better to talk with about the business of health care and its impact on patients?

Nurses today are conducting NIH-funded research, developing innovative models of care, providing 24/7 care to various populations and serving as leaders in public health and policy. When we have a family member or friend with a health condition, we talk with our nursing experts. We ask them about where to get the best care, what “best care” means, what the patient will likely experience, tips in self-care and family caregiving strategies and more.

If you are not talking with these experts in your reporting, you may be missing a most important part of your story.

Diana Mason (@djmasonrn) is a registered nurse and senior policy service professor at the Center for Health Policy and Media Engagement at George Washington University School of Nursing; and former editor-in-chief of the American Journal of Nursing. Barbara Glickstein (@BGlickstein) is a registered nurse, public health nurse, and director of communications and media projects for the center. They have been producers and hosts of radio programs on health and health policy for community radio stations and are members of AHCJ.