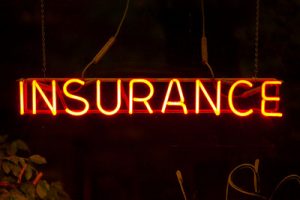 Every few months a health insurance news story breaks that’s so big it is likely to require reporters unfamiliar with the beat to get up to speed quickly on how insurance works. A recent case in point came in February when a former medical director for Aetna admitted in a pre-trial deposition that he never looked at a patient’s medical record when approving or denying care.

Also, hospital and health system transactions announced in 2017 totaled 115, up 13 percent over the year before and the highest number recorded in recent history, according to a report from Kaufman, Hall & Associates, a management consulting company that tracks health care M&A deals.

The number and size of these transactions are transforming the health care system. “The implications reach far beyond the unprecedented number of individual transactions,” the Kaufman report noted. “Organizational size and scale have mattered for decades, but today, they are proving to be imperatives.”

When one hospital or health system proposes to acquire or merge with another, the parties involved almost always claim that patients will benefit from reduced costs and increased quality. But where is the evidence for these claims? In a piece for Healthcare Dive, “Hospital consolidation has a spotty track record, experts say,” writer Jeff Byers cites several examples of how the quality of care declined and costs rose.

For hospital and health system administrators, increased M&A activity often was driven by the need for more considerable intellectual capital, improved network infrastructure, risk-bearing capabilities, clinical and business intelligence, capital resources, and more diversified operations, as Kaufman Hall noted in its report. For an additional perspective, see this report from the National Bureau of Economic Research, The Price Effects of Cross-Market Hospital Mergers.

The most pressing concerns for consumers – and journalists serving them – are (or should be):

Bob Herman of Axios, whose work we have profiled on UnitedHealth Group, the Cigna-Express Scripts deal and most recently planned changes to Medicare Advantage plans, has prepared a new AHCJ tip sheet to guide reporters who may need to write about large insurers and other established or emerging health care providers in their market.