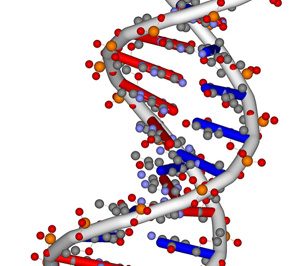 One of the largest analyses of stroke factors ever conducted is providing scientists with new clues to identify stroke mechanisms and potential treatments. Researchers have identified 22 new genetic risk factors, tripling the number of gene regions known to affect stroke risk.

By mining an enormous trove of data, a team of international researchers obtained critical new insights into the specific genes, molecular pathways, and cell and tissue types through which the new genetic risk factors cause a stroke. They found that the condition shares genetic influences with other vascular conditions, such as blood pressure conditions and coronary artery disease.

A research team with MEGASTROKE, a global collaboration of experts at the International Stroke Genetics Consortium, analyzed data from 29 large genetic studies. The data included results of DNA samples from 520,000 people on every continent except Antartica. Of this group, 67,000 had had a stroke.

Stroke can originate from alterations in various parts of the circulatory system., including large arteries, small arteries, the heart, and the venous system. The researchers found genetic risk factors implicated in each of these mechanisms. While some genetic risk factors contribute to specific mechanisms, others contributed to stroke susceptibility at large. The findings significantly advance what is known about the genetics of stroke, the authors concluded.

“Because of the large size of the study, we’re able to find genetic risk factors not only for ischemic stroke in general but for the specific subtypes of stroke,” said study co-author Steven Kittner, M.D., professor of neurology at the University of Maryland School of Medicine and the Baltimore VA Medical Center. “We were able to see which of these variants were related to other conditions such as deep vein thrombosis, cholesterol level or hypertension.” The new information will help researchers working to develop new treatments and therapies.

The study was published online in the March 12 issue of the journal Nature Genetics.

Stroke is the second most common cause of both death and disability-adjusted life-years worldwide but its molecular mechanisms remain poorly understood, which makes developing new treatments challenging. This study provides significant new insights into the biology and pathways leading to the disease and is especially significant because it includes people of many different ethnic and genetic backgrounds. As a result, researchers can be more confident that the results apply widely.

Stroke kills about 140,000 Americans each year – that’s one out of every 20 deaths, according to the CDC. It costs an estimated $34 billion annually in health care services, drugs and missed days of work. It is a leading cause of severe long-term disability, reducing reduces mobility in more than half of stroke survivors age 65 and over. The American Stroke Association points out that more women than men have strokes each year, in part because women live longer.

When the researchers took a closer look at the genomic areas uncovered by the study, they noticed that several overlap with genomic areas already implicated in related vascular conditions, such as atrial fibrillation, coronary artery disease, venous thrombosis, or vascular risk factors (especially elevated blood pressure) and, to a lesser extent, high cholesterol. Several of the implicated genes also have potential as new drug targets for stroke treatment and prevention.

The findings raise the possibility of developing personalized, evidence-based treatments for this complex disease, according to John Cole, M.D., a study co-author and an associate professor of neurology at the University of Maryland School of Medicine.

For journalists attending Health Journalism 2018 this month, among the scheduled field trips is a visit to Phoenix’s Barrow Neurological Institute and a tour of a mobile stroke unit.

Here are some resources that may help with your reporting on this topic: