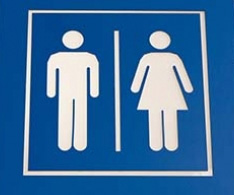 Some may find it funny. Others struggle to discuss it. Still others shrug it off as a “normal” part of aging. No matter how you may look at it, bladder control issues are no joke for millions of older people in the U.S. Incontinence and over-active bladder (OAB) can wreak havoc on a person’s life.

It can lead to depression, social isolation or serious side effects from certain medications that treat the condition.

Incontinence is common in post-menopausal women and in men who have prostate problems; however, it can affect anyone, at any age. Many people suffer in silence, too embarrassed to discuss their problem with their health care provider. So, cases remain undiagnosed, untreated, and unresolved. UI may occur for many reasons, such as weak muscles or age-related bladder shrinkage, or a chronic health condition like Parkinson’s disease or multiple sclerosis. However, it may also be a symptom another serious health problem, such as enlarged prostate, bladder infection, cancer, or prolapse.

According to a recent report from the Global Coalition on Aging, (GCoA) 69 percent of patients believed OAB was a normal part of aging. However, the organization also found that 71 percent of health providers never bothered to ask about symptoms during routine exams. The National Association for Continence estimates that only one out of every 12 people actually seeks help for their condition.

This new tip sheet highlights some of the common myths and misconceptions about bladder problems, causes and treatment options. Not only can loss of control affect a person’s quality of life, but it also takes a huge economic toll, according to the GCoA report.  “OAB places an economic burden on the workplace and the economy, contributing to significant care costs and triggering experienced professionals to alter or end their careers in order to cope with their condition. “

Treatment for UI is a booming business. U.S. drug sales reached $3 billion in 2015, according to this article. And globally, sales are expected to climb to $4.2B by 2022. Non-pharmacologic treatments — from surgery to adult diapers — add millions more to the total. Medicare does not cover incontinence supplies or adult diapers, and Medicaid coverage of supplies vary by state, according to the GCoA.

UI is a serious problem that is expected to become more prevalent with increased longevity. Challenges remain in addressing the stigma, finding medications with fewer side effects, and encouraging non-drug therapies to improve older adults’ quality of life. It’s a story that many people don’t want to discuss, but it can be the first step in getting those who suffer in silence to seek help.