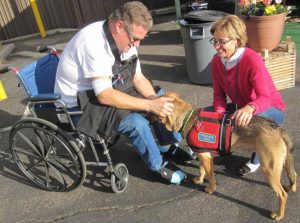 “If you don’t have a house you’re at much greater risk of dying sooner,” said Stacey Millet, director of Health Impact Project during the Housing, Homelessness and Health session on April 13 at Health Journalism 2018.

Millet cited a five-year surveillance study of homeless in New York City that found people are between 1.5 to 11.5 times more likely to die sooner if they didn’t have a home.

That’s largely because homelessness in the U.S. often means living in crowded, urban encampments or “tent” cities with poor hygiene and high-rates of communicable diseases, according to Brandi Whisler, director of outpatient services at Phoenix-based Circle The City – a nonprofit organization that provides health care to the homeless.

“There’s a lot of risky sexual behavior and sexual assault, so [there are] high rates of STDs – HIV and hepatitis C,” Whisler told journalists. She added that respiratory illness – including tuberculosis and pertussis – are commonplace. “Colds develop into bronchitis and pneumonia more frequently than in the general population and we see a lot of GI issues and of course dental (problems).”

But getting help to a population with little to no means of accessing traditional health care requires innovation, she said.

For those who need a place to recover from injury or illness, the organization offers a 50-bed respite center, considered one of the nation’s leading models of holistic, integrated homeless health care.

“Our ultimate goal is to get them permanently housed in the community,” she said.

Among the keys to that program’s success, Brockdorf said, are navigators who reach out to the homeless where they live and gather.

“They’ll go out in community and try to find folks,” Brockdorf said. “They [search] in alley ways behind dumpsters … various places.”

Their mission: to bring the homeless back to the campus to link them to housing and medical care while also providing them with such basic services as shelter from the weather, food, water, hygiene and restrooms.

“Then folks can get back on track getting … jobs and drivers’ licenses,” and ultimately the ability to pay for housing, Brockdorf said.

“If you actually provide a house,” Millet said in closing remarks, “it’s almost like medicine, prescription on the journey to not only physical well-being but social well-being.”