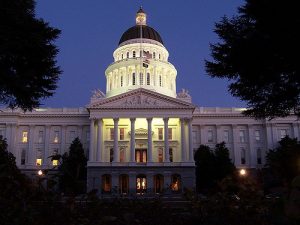 Bernie Sanders gave renewed life to the single-payer movement, and it’s likely to play in the 2018 and 2020 elections.

But how will we talk about it? What does “single-payer” mean? Can the United States ever achieve it? Should it? Those were some of the questions raised at the Health Journalism 2018 session in Phoenix, “Is single-payer on the table?” moderated by Julie Appleby, an AHCJ board member and Kaiser Health News correspondent.

David Blumenthal, president of the Commonwealth Fund, noted that FDR had considered national health care back in 1934 – and backed off immediately, realizing that the organized AMA-led opposition would endanger his other initiatives, such as Social Security. In retrospect, he said, 1934 might have been the best chance at achieving single payer given all the power health care stakeholders have amassed in the intervening decades.

But Blumenthal also stressed that there are many pathways to achieving universal coverage – coverage for everyone – and there isn’t even one way of thinking about “single-payer.” Some countries have a classic single-payer model of government-owned, government-financed, government-run health, like the United Kingdom. Others, like France, offer a mix of public and private health care. Still others, like the Netherlands, have private health care coverage that is strongly regulated. Blumenthal suggested that the Dutch system, which has similarities to the Affordable Care Act, might be the most easily attainable model for the U.S.

“You can enable people to keep what they like and still get everyone covered,” he said.

Gerald Kominski, director of the Center for Health Policy Research at UCLA, noted that the Medicare-For-All approach championed by Sanders, and which is the basis for a bill in California (which passed the state Senate but it has stalled in the Assembly), would still be quite different from the current Medicare system.

“It’s not your parents’ Medicare,” he said. It would cover everyone, not just the elderly and disabled, and care would be free. But a legacy of public distrust in government hampers efforts to move in that direction, even though tens of millions of Americans already get government-run health care through Medicare, Medicaid, CHIP and the VA. The erosion of trust in the government “opens up a whole series of concerns that many people hold about large government budgets and government control over a large segment of the economy.”

Kominski also said that there are “credible analyses” that show there is so much duplication in health care that a simpler single-payer system would be more efficient. “There’s no question there are savings,” he said. “The efficiency of public programs is lost in debates.”

Victoria Colliver, a California-based Politico health reporter, has been tracking the California single-payer debate. It is “not completely dead” in the Assembly – more like “hibernating,” she said. The bill faces both political hurdles and unanswered questions about what it would cost, and how it would be paid for.  It would create much upheaval and be resisted by big insurers. But it also entails moving everyone into a new system – including people who are satisfied with the health insurance they now get through their employers.

When asked about the disruption a shift to single-payer could entail, Colliver noted that many industries have experienced disruption – including journalism.