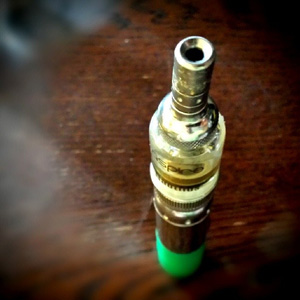 While electronic cigarette explosions are relatively rare, they can cause serious harm. In a recent case, a Hawaii man suffered severe facial injuries and lost four teeth when an e-cigarette exploded in his mouth.

Matt Yamashita offered Honolulu-based KHNL television’s Hawaii News Now an account of what happened to him.

“I just got out of my car and I was ready to play basketball, but I just wanted to take a few puffs before I played,” he said. “As soon as I took that first rip, it just blew up in my face.”

Devera said it was not clear what had caused the device to malfunction.

First patented about 15 years ago, and now used by millions of Americans, e-cigarette use comes with risks, including occasional explosions.

Much remains unknown about their long-term health effects. Still, they may be less harmful than conventional cigarettes, according to a new report from the National Academies of Sciences, Engineering and Medicine.

E-cigarettes vary in design, but common features include a battery and a heating element that atomizes a liquid solution contained in a cartridge.

When inhaled, the resulting vapor delivers nicotine, flavorings and/or other additives to the user. While most e-cigarettes emit numerous potentially toxic substances, evidence suggests they contain fewer numbers and lower levels of toxic substances than conventional cigarettes, the report found.

The study’s authors, a panel of public health experts, noted that e-cigarettes may help adults who use conventional cigarettes to quit smoking. But they also acknowledged the need for more scientific data to estimate the potential balance of benefits and harms.

“E-cigarettes cannot be simply categorized as either beneficial or harmful,” summarized University of Washington dean David Eaton, who headed the committee responsible for the report, “Public Health Consequences of E-Cigarettes.”

“In some circumstances, such as their use by non-smoking adolescents and young adults, their adverse effects clearly warrant concern. In other cases, such as when adult smokers use them to quit smoking, they offer an opportunity to reduce smoking related illness,” added Eaton, in a press statement released with the report.

Though not a major focus of the report, risks of injury from explosions and fires were included as an aspect of e-cigarette safety meriting concern. The authors reviewed studies from hospitals and burn centers, as well as individual case studies of e-cigarette explosions that resulted in facial trauma, burns, eye injuries, and tooth loss.

They noted that the risk of explosions and burns is increased when users modify devices, store them improperly or use poor quality batteries. Such incidents may be underreported, some researchers have suggested.

A total of 195 explosions and fires involving e-cigarettes were documented by the US media between January 2009 and December 31, 2016, according to a 2017 report by the US Fire Administration.

The incidents resulted in 133 acute injuries. Of these injuries, 38 (29 percent) were severe, the report found.

Lithium ion batteries have been a leading cause of e-cigarette explosions, the agency concluded.

“The combination of an electronic cigarette and a lithium-ion battery is a new and unique hazard. There is no analogy among consumer products to the risk of a severe, acute injury presented by an e-cigarette,” the fire administration cautioned.

“It is likely that the number of incidents and injuries will continue to increase,” the report warned.

Members of a team from the University of Washington Medical Center in Seattle issued similar warnings in 2016.

In a letter to the New England Journal of Medicine, they said they had treated 15 patients injured in e-cigarette explosions between October 2015 and June 2016. They also blamed batteries for the explosions.

“Many users do not understand the risk of “thermal runaway,” whereby internal battery overheating causes a battery fire or explosion,” they wrote. “Although these explosions were previously thought to be isolated events, the injuries among our 15 patients add to growing evidence that e-cigarettes are a public safety concern that demands increased regulation as well as design changes to improve safety. In the meantime, both e-cigarette users and health care providers need to be aware of the risk of explosion associated with e-cigarettes.”

In 2016, the U.S. Food and Drug Administration (FDA) brought e-cigarettes under its tobacco product authority.

And last year, the agency held a public workshop that focused upon concerns about the safety of e-cigarette batteries.

Reporters: Have you looked at this issue?

For some additional resources, see this tip sheet.