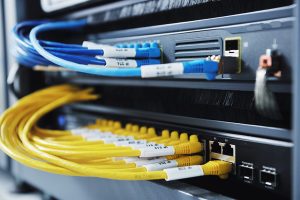 As expected, the Federal Communications Commission on Dec. 14, 2017, voted 3-2 along party lines to end rules that prohibited Internet service providers from blocking websites or charging varying fees for speed and access to online content and services.

By reversing Obama-era rules that protected a free and open Internet, the FCC is moving us all into uncharted territory. This could mean a slowdown of certain sites while others load more quickly. Broadband giants could begin repackaging services so we have to pay more for access to the content we want online. Start-ups, small businesses, local news organizations, individual blogs and small or rural health providers could fall behind in their ability to serve their customers online. This decision could exacerbate the digital divide and health disparities.

To what extend online life will change because of this decision is not yet known. The rules may never fully go into effect if Congressional action or legal challenges win out. Net neutrality could be a hot-button issue in the 2018 mid-term elections.

I’ve created a new tip sheet on net neutrality to help journalists better understand the issue as it unfolds, and will be updating it regularly.