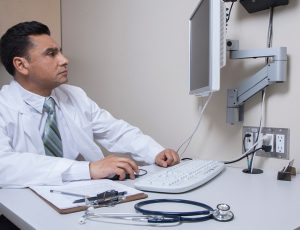 The federal government released its final rule for 2018 on a law that governs physicians’ adoption of electronic health records and rewards them for meeting quality measures when treating Medicare patients.

However, the final rule includes some changes that mean that fewer physicians will be required to participate. One prominent physician group said that the rule will slow the transition to value-based care.

The law, the Medicare Access and CHIP Reauthorization Act of 2015, known as MACRA, created the Quality Payment Program (QPP). This QPP reimburses physicians who treat Medicare beneficiaries based on meeting quality benchmarks and their continued transition to electronic health records. The program started in January 2017.

Under the QPP, providers can choose two tracks: one is the Merit-Based Incentive Program (MIPS), and the other is the Advanced Alternative Payment Model (APM). Most physicians fall under MIPS.

Here are a few highlights of the final rule:

MACRA is a tough topic to cover for a general audience because of its complexity and because it might not seem relevant.

The real question to keep in mind is whether a law that could help hold physicians more accountable for the care of elderly and medically fragile patients will ultimately succeed in that aim.