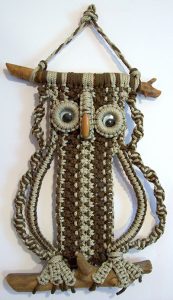 When I think about the forthcoming physician payment and EHR incentive program, known as MACRA, it brings to mind macramé, the 1970s crafting fad of tying cords to make decorative household items.

In a new tip sheet, I attempt to untangle MACRA by laying out the basics. MACRA is important for journalists to understand because it is about to become a big deal for physician practices across the country.  It’s arguably the biggest change to physician payments in 20 years. And it will require physicians to continue down the path to EHR adoption and interoperability.

At its most basic, MACRA aims to more closely tie physician performance with Medicare payments. It also seeks to streamline and simplify various quality programs, including EHR incentives.

Provider groups are balking at the tight timeframe for MACRA implementation. They are also concerned about overlap with other programs, including meaningful use.

Some ideas for journalists:

What about hospitals and EHRs?

On July 6, 2016, the CMS proposed changes to how hospitals are certified as meeting MU requirements starting this year. According to the CMS, the agency is proposing allowing hospitals to use a 90-day EHR reporting period in 2016 instead of requiring a full calendar year on reporting.

This change has been long sought by hospitals, which had argued that having to show a full year of compliance was too cumbersome. The proposal is part of the 2017 Outpatient Prospective Payment System (OPPS) proposed rule.

The proposed change puts hospitals more in line with physician EHR requirements under MACRA, according to the CMS.

“This increases flexibility and lowers the reporting burden for hospital providers,“ the CMS said in its news release.  Groups representing hospitals generally applauded the change.