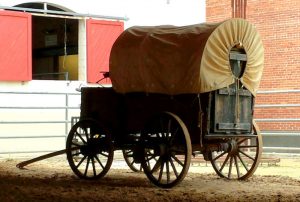 Photo: Susan HeaveyThe Texas Observer becomes the latest news outlet to tackle rural issues, including health care. Its new Rural Reporting Project will devote a full-time reporter and some freelancers to the subject.

One of the biggest challenges of covering rural America – including its health issues – is one that plagues journalism at large: cost and access.

One Texas media outlet is taking direct aim at the challenge with a new infusion of funding, according to Washington Post media columnist Margaret Sullivan.

The Emerson Collective, a group founded by Laurene Powell Jobs, has given the Texas Observer enough funding to boost its coverage of rural issues, including a full-time reporter supplemented by a network of freelancers, Sullivan wrote earlier this month.

With 3.8 million rural residents, “Texas has the biggest rural population in the nation, yet many journalists treat much of the state as flyover country,” Texas Observer editor Forrest Wilder wrote on the outlet’s website, noting that “more than 80 percent of Texans now live in an urban area, and the vast majority of population growth is concentrated in cities.”

“The fact is, rural America, rural Texas, is under tremendous stress. Many problems are the same as in the cities: stagnant wages, income inequality, health-care woes, racial conflicts. But rural Texas faces a set of issues all its own: stagnant or declining populations, economic dislocations from globalization and trade, a severe shortage of primary care physicians, land fragmentation, water scarcity and myriad agricultural challenges that barely register with city dwellers.”

The new project could help make a dent in a long list under-covered stories about less populated and harder-to-reach regions with distinctive health challenges. AHCJ’s Rural Health Journalism workshops have highlighted several angles, from covering the health care “geographic divide” and difficulties in attracting and keeping a local healthcare workforce to the impact of national health reform and the ongoing opioid crisis.

“Rural reporting rarely is seen as the most critical mission,” Sullivan wrote, noting that its lower priority in some newsrooms “leaves large swaths of the United States without coverage.”

Adding media industry consolidation to the problem, and so-called “news deserts” can emerge. “In many communities, there’s no one to cover government meetings, hold officials accountable, or report on events, large or small,” she said.

The Texas Observer is not the only outlet trying to change that equation. As AHCJ’s core topic leafer Joanne Kenen recently wrote, The Daily Yonder, published by the Kentucky/Tennessee-based nonprofit Center for Rural Strategies, covers a mix of rural issues, including health. A group of university students in Georgia also have taken the initiative to travel to and cover rural areas of their state and the health issues there with significant journalism projects.

If you are looking to expand your reporting in this sphere, AHCJ can offer some resources: