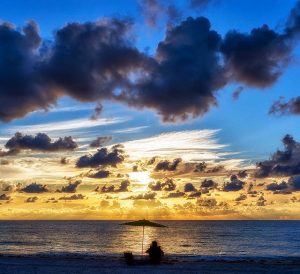 Photo: Matthew Paulson via FlickrDespite hurricane risks, Florida has been a popular retirement locale for senior citizens, who may eventually need to transition to skilled nursing facilities.

News on Wednesday that eight residents of a Hollywood, Fla. nursing home had died a few days after the facility lost power for its air conditioning unit during Hurricane Irma (see more coverage links below) has refocused attention on persistent weaknesses in nursing facility regulation and oversight.

A report released in late August (prior to the Harvey and Irma hurricanes) by the Department of Health and Human Services Inspector General (OIG) highlights problems with how incidents of potential abuse or neglect are reported and investigated. Separately, there has been pushback in Congress on a Trump administration effort to weaken Obama-era restrictions on the use of arbitration agreements to settle nursing home claims.

The OIG report to Seema Verma, administrator of the Centers for Medicare and Medicaid Services (CMS), found that 28 percent of 134 potential incidents of abuse or neglect in 33 states may have gone unreported to local and state law enforcement, despite mandatory notification requirements.

That means over one-quarter of these nursing home residents may have been abused or neglected during their time in these facilities, without any action taken to help them, discipline staff or penalize facilities.

Incidents are characterized as “potential” because more thorough investigations to determine whether actual abuse took place are still underway. Skilled nursing facilities must ensure that reports of possible abuse or neglect are made both internally and externally; they must be investigated internally investigated within a certain timeframe. These regulations fall under a section of the Social Security Act that covers people in federally-funded long term care facilities.

Three of these events occurred in Iowa, home to Sen. Charles Grassley (R). His office released a statement that said, in part:

“A crime is a crime wherever it takes place. Abusing or neglecting nursing home residents are criminal acts. They have to be reported and investigated by law enforcement. It’s unacceptable for more than one-fourth of potential crimes in nursing homes to apparently go unreported.”

Grassley said he intends to follow up with CMS to ensure the agency will take immediate action “Nursing home residents, their families and the taxpayers deserve quality care and justice whenever crimes are committed.”

As Ina Jaffe reported for NPR, at least one nursing home even tried to cover up a sexual assault case. She pointed out that there are likely many more unreported cases than those the OIG turned up, since the report only included patients taken to emergency rooms.

The OIG’s report concluded that “CMS has inadequate procedures to ensure that incidents of potential abuse or neglect of Medicare beneficiaries residing in SNFs are identified and reported.” They found discrepancies between Medicare claims from SNFs and claims from emergency departments, along with a complete lack of enforcement action on CMS’ part to ensure facilities report abuse or neglect.

The OIG’s report comes just two months after the Trump administration announced it wants to roll back Obama-era nursing home regulations that restrict nursing homes from forcing residents and families into arbitration, a process that can make it harder for victims to get problems fixed or obtain restitution. This story in Time explains why requiring residents and families to settle cases this way is a bad idea.

This story in The Hill looks at a campaign by Sen. Al Franken (D-Minn.) and Sen. Ron Wyden (D-Ore.) that convinced 29 of their colleagues to sign a letter imploring Verma to rescind the rollback. If the proposed change is enacted, nursing homes would be permitted to include arbitration clauses in their resident contracts, provided they are written in plain language. In the early August letter, the senators argued that “these clauses prevent many of our country’s most vulnerable individuals from seeking justice in a court of law… As a result, victims and their families are frequently denied any accountability for clear instances of wrongdoing.”

A History of Lax Regulation

For many nursing home residents, poor patient care seems to be the norm, as this July story from Jordan Rau of The New York Times explains. This story from WES News 5 in Cleveland is a good example of a local news outlet taking a deeper dive – in this case, into problem nursing homes around Northeast Ohio, including the supposedly “good” facility where my own father-in-law spent his final days.

According to CMS rules, nursing home residents have a right to be free from abuse or neglect:

“If you feel you have been mistreated (abused) or the nursing home isn’t meeting your needs (neglect), report this to the nursing home, your family, your local Long-Term Care Ombudsman, or State Survey Agency. The nursing home must investigate and report all suspected violations and any injuries of unknown origin within five working days of the incident to the proper authorities.”

Journalists may want to check whether nursing homes in their community have been hit with state or federal penalties, lawsuits, or enforcement actions related to abuse or neglect. Some questions to consider: