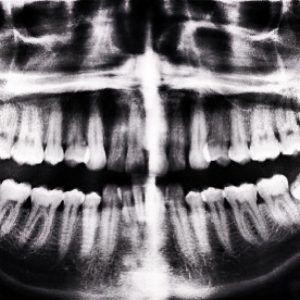 Earlier this summer, Gov. Charlie Baker lent his support to a long-running effort to bring a new class of dental providers to Massachusetts.

The governor included language that added dental therapists in a package of measures aimed at containing the rising costs of MassHealth, the state’s Medicaid program.

The state legislature ultimately rejected Baker’s cost-cutting package in favor of its own plan for shoring up MassHealth. But the push to bring dental therapists to the state continues to gather momentum, according to backers of the model.

Proponents say the specialty would represent an affordable way of expanding badly-needed care to low-income residents and those living in communities where dental services are in short supply. The providers, often compared with nurse practitioners in the medical world, are part of dentist-headed teams and trained to perform a range of preventive and restorative services, such as non-surgical extractions, drilling and filling teeth.

“The legislation to authorize dental therapists in the Commonwealth of Massachusetts is in a strong position and primed for passage in the 2017-2018 session,” said a spokesman for state Sen. Harriette Chandler in an email. Chandler’s bill, together with a counterpart in the state House has gained more than 80 co-sponsors and won support from more than 40 diverse organizations representing seniors, the disabled, children, school nurses, hospitals, dental educators and researchers. The bill is scheduled for a Sept. 12 public hearing in the legislature’s Joint Public Health Committee, according to Chandler’s office.

Variations of the dental therapist model already are in use on tribal lands in Alaska, Washington state and Oregon, as well as underserved areas in the state of Minnesota. Vermont and Maine have passed laws allowing the providers.

Meanwhile, Massachusetts is among several states still considering the model, which has been in use in other countries for decades. Since dental therapists take about half as long to train as dentists and cost roughly half as much to employ, advocates say they can be useful in expanding care to the roughly 49 million Americans now living in federally-designated dental provider shortage areas, as well as bringing services to Medicaid patients. Currently, fewer than half of child Medicaid beneficiaries get care nationwide and fewer than half of dentists participate in the program. Dentists often complain the program does not pay enough to cover their costs.

In Massachusetts in 2014, only 35 percent of dentists treated a MassHealth patient and only 26 percent billed at least $10,000 to the program, according to an analysis by the Pew Charitable Trusts. More than 500,000 state residents lived in areas with a shortage of dentists last year, noted the philanthropy, which supports dental therapists.

As in other states, Massachusetts advocates also cite the burden of dental emergency room visits as an argument for finding alternate sources of timely dental care. MassHealth paid $11.6 million for emergency dental care for adults from 2008 to 2011, a state report found. More than 30,000 patients a year visited emergency rooms with dental problems during the period, according to the report.

But state dental groups and the American Dental Association have opposed the use of dental therapists, arguing instead that increased Medicaid funding would attract more dentists to serve the poor. They contend that mid-level providers would contribute to a two-tier dental system and argue that no one but dentists should be allowed to perform “irreversible surgical procedures” such as drilling and extracting teeth.

In Massachusetts, the state dental society is backing broader dental benefits coverage for MassHealth beneficiaries, as well as a bill that would create another new type of dental worker. The public health dental practitioner promoted by the Massachusetts Dental Society (MDS) would be trained to offer a range of dental hygiene services, to prepare and place dental restorations and to administer non-narcotic pain medications to MassHealth and safety net clinic patients. Under the dental society’s proposed legislation, the public health dental practitioner would be required to work under the direct supervision of a dentist.

“We must protect underserved populations, who are more likely to have complex oral health issues. That’s why the MDS bill would require direct supervision of mid-level dental practitioners, the same standard that is applied to paraprofessionals such as physician assistants and nurse practitioners,” the dental society said in an email statement. “Patient safety must always come first.”

Supporters of dental therapists, however, say direct supervision would make it hard to get care to the patients who need it most – those who cannot get themselves to dentists’ offices.

“Our legislation permits dental therapists to practice under general supervision, enabling them to bring care directly to seniors, kids, people with disabilities,” Chandler spokesman Kevin O’Connor said in an email.