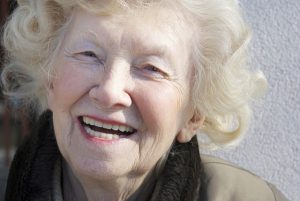 Mom, dad, 2.4 kids, and a dog. The very picture of suburbia has changed vastly since families migrated from cities in the 1950s and ’60s. Those kids are now aging baby boomers, often caring for elderly parents. If they remained in the suburbs, they now are facing a host of challenges they probably didn’t anticipate.

Meeting the needs of aging suburbanites is a growing problem that few community planners considered during the post-World War II building boom. Yet it’s something towns and villages throughout the United States now must deal with.

“Nearly eight in 10 of the age 65-plus population now live in U.S. metropolitan areas, and almost two-thirds of these metro dwellers live in the suburbs rather than its central cities,” according to this Today’s Geriatric Medicine article.

For those who no longer can drive (or in some cases never learned), lack of an automobile is akin to a prison sentence, according to the article’s author, Stephen M. Golant, Ph.D., professor in the department of geography at University of Florida, Gainesville. He worries whether many suburban communities are capable of supporting an aging population.

Golant projects that rather than selling their homes and moving to cities, older residents will stay put. If they do relocate, it likely will be to a similar suburb, because “they are reluctant to pick up stakes and start new lives in unfamiliar places where they risk feeling less competent in negotiating their surroundings.” He questions whether aging-in-place is in the best interests of older suburban dwellers if those neighborhoods fail to meet the needs of their changing lives. He points out that walking patterns decrease among older people in lower density neighborhoods, because of the distance to shopping, restaurants and other services. Sidewalks may be poorly designed and maintained if they exist at all. Street lighting may be inadequate, benches or other places to rest may be nonexistent, and factors like dangerous street crossings may further limit pedestrian mobility.

“Few suburbs are designed for effective public transit,” according to this UrbanLand story. Good transit options can lead to better health for older adults, says a new report from The Transit Center, which lays out the benefits for those no longer able to drive as mobility, hearing, and vision all decline.

Public transit can be a boon for everyone in the community, not just older people. However, “public transit itself can be difficult for older people to navigate, and is unreliable or insufficient for many trips in most U.S. cities,” the report said. That can result in missed health care appointments, loss of revenue to hospitals and care providers, not to mention the detrimental effects to individual health. Lack of access to good public transit also leads to increased social isolation, which we know has serious adverse health consequences.

Efficient, reliable, affordable public transit allows older adults to remain socially engaged – visiting friends and family, participating in civic life, taking part in more leisure and cultural activities, volunteering, or working. The report calls on communities to respond to the challenges of a rapidly aging population and desire for many to age in place by making transit and paratransit more accessible and available. This CityLab article highlights other recommendations in the report.

Public transit is a viable option for older adults living in major cities, such as New York, Washington, D.C., Portland or San Francisco. Services are usually available (construction and track work notwithstanding), reasonably reliable, and to varying degrees, elder-friendly. But what about areas where public transit means grabbing a ride with a neighbor?

This Atlantic article describes how poorer people living in the suburbs – including many older adults – struggle with lack of reliable transportation. In some cases, it has even led people to forego cancer treatment. Moreover, “patients who reported issues with transportation also missed filling prescriptions more than twice as often as patients without that same problem,” the article noted, which can contribute to poorer disease management and, ultimately, worse outcomes.

There are some solutions, although they are far from perfect. Writer Imran Kronk points out that, “each state has non-emergency medical transport benefit for people with Medicaid, covering a certain number of rides per month, and some Medicare Advantage plans also cover a limited number of trips each year (eligibility for this benefit varies by state).”

Additionally, some suburbs are beginning to rethink housing and transit strategies in light of the demographic shifts. This Minneapolis Star Tribune story details some approaches, such as updating older homes to make them more elder-friendly and providing door-to-door transportation services for those who no longer drive.

There are ample opportunities for suburban communities to become more age-friendly. Of course, it costs money, leading to higher taxes. Despite decades of demographic projections, it’s a trade-off that many planners are just beginning to consider.

Journalists might want to explore how suburban, ex-urban and rural communities in their state are grappling with current and future needs of older adults, especially in in terms of transportation, senior-friendly housing, walkable communities and access to health care and services.

Here are some resources: