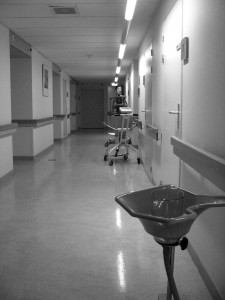 The federal agency that provides data for AHCJ’s HospitalInspections.org has stopped an effort to increase the number of hospital inspection reports made public.

The Centers for Medicare and Medicaid Services proposed in April to require private accrediting organizations to make hospital inspections available to the public. AHCJ submitted a statement to CMS supporting the proposed rule change.

CMS said that federal law prohibits the agency from disclosing the results of inspections performed by the accrediting organizations and that the proposal — though it required accreditors, not the agency, to release the reports — “may appear as if CMS was attempting to circumvent” the law.

“CMS is committed to ensuring that patients have the ability to review the findings used to determine that a facility meets the health and safety standards required for Medicare participation,” the agency said in a fact sheet. “However, we believe further review, consideration, and refinement of this proposal is necessary to ensure that CMS establishes requirements, consistent with our statutory authority, that will inform patients and continue to support high quality care.”

CMS and state licensing authorities rely on private accrediting organizations, the largest of which is the Joint Commission, to make sure that hospitals meet federal standards. Yet their findings are largely kept secret from the public — with the exception of states whose health departments choose to release Joint Commission inspection reports.

Since 2010, AHCJ has been urging the Joint Commission to provide more useful information to the public. In a 2012 letter, the health care journalists’ organization requested exactly what CMS now proposes: that hospital accreditation surveys and complaint inspection reports be made public. The Joint Commission did not change its policies.