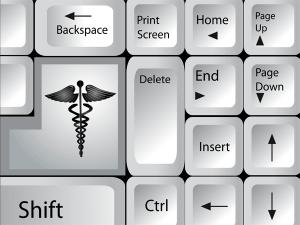 State-run electronic databases that collect opioid prescription information are being hailed as an effective tool to curb opioid abuse in a new report released last week by the Centers for Disease Control and Prevention (CDC).

The CDC report got a lot of press, mainly for its primary findings that opioid prescriptions have dropped in recent years but still remained three times higher in 2015 than in 1999. The peak opioid prescribing year was 2010, according to the CDC.

In 2011 and 2012, Ohio and Kentucky, respectively, mandated that clinicians review Prescription Drug Monitoring Program (PDMP) data and implemented pain clinic regulation. MME [morphine milligram equivalents] per capita decreased in 85% of Ohio counties and 62% of Kentucky counties from 2010 to 2015. In Florida, where multiple interventions targeted excessive opioid prescribing from 2010 through 2012, (e.g., pain clinic regulation and mandated PDMP reporting of dispensed prescriptions), the amount of opioids prescribed per capita decreased in 80% of counties from 2010 to 2015. During this time, Florida also experienced reductions in prescription opioid-related overdose deaths.

To be sure, the epidemic in Ohio, Kentucky and Florida remains a crisis. But the CDC report offers further evidence that physician use of PDMPs curtails patient “doctor shopping“ and provides a check on prescribing practices.

The American Medical Association, in a news release about the new CDC report, wrote that physicians should continue to use PDMPs as one of several strategies to reverse the epidemic.

The CDC report echoes a Health Affairs study published last summer that indicated that implementation of a PDMP database in 24 states coincided with a more than 30 percent drop, on average, in the rate of Schedule II opioid prescriptions.

I wrote about this study last year and suggested fresh angles for covering the state-based PDMP databases. Since then, states have continued to move legislation that updates and changes aspects of their PDMP programs in an aim to improve accessibility and usability. Only Missouri lacks a PDMP.

PDMPs are not a panacea for the opioid crisis, and issues remain. These include interoperability across state lines and lack of integration of PDMPs into hospital or physician group electronic health record systems.