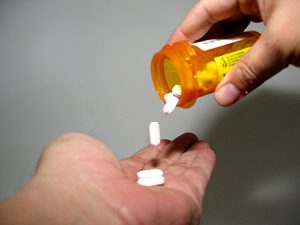 Too many physicians are prescribing opioid medications for hospitalized older adults who may not need them. A new study found that one-third of 10,000 older patients were prescribed opioid pain medications, including Percocet and OxyContin, while hospitalized for non-surgical conditions.

These patients had a longer length of stay (six days vs. four) and were more often readmitted within 30 days. They were also more likely to be restrained or have bladder catheters while hospitalized, according to the retrospective analysis.

Opioid use is particularly common in elderly suffering from pain syndromes and multiple chronic conditions, according to lead author Sutapa Maiti, M.D., an internist and chronic pain specialist with Northwell Health in New York.

Physicians must manage legitimate pain needs with potential for abuse, and it is a delicate balance, Matai said in a phone interview. “Pain control is different in a hospital setting, where we not only have to manage pain for patients we don’t necessarily know well, but also set realistic expectations for them.”

Forty-nine states have initiated the CMS-mandated prescription drug monitoring programs. These efforts collect data on prescriptions of controlled substances as part of ongoing efforts to reduce prescription drug abuse and diversion. Despite well-known risks, such as death, opiates continue to be commonly prescribed for older adults. Missouri is the only state not participating.

Researchers analyzed prescribing patterns over one year for hospitalized medical patients, aged 65 and older. They compared those who received opiates to those that did not. The study tracked opiate use before admission, concurrent use of potentially inappropriate medications (PIMs), adverse events, discharge to home or skilled nursing, the length of stay (LOS) and 30-day readmissions.

Nearly one-third (29.3 percent) of patients were prescribed opioids after admission for pain from non-surgical causes, such as gastrointestinal distress, kidney disease or chronic pain syndrome. Approximately 12.5 percent of patients reported the use of opiates at the time of admission, and among all patients, 11.2 percent were discharged with a prescription for this type of medication. This is slightly lower than the results of an earlier study that found 15 percent of older hospitalized patients on average were discharged with an opioid prescription.

Additionally, those who reported opiate use at the time of admission were 1.6 times more likely to be given opiates during hospitalization. There was no significant difference in age, race, gender or ethnicity between those who received and those who did not receive opiates.

“Opioids are a high-risk medication for this population, but many doctors can be quick on the trigger to prescribe them, rather than starting with a milder course of treatment like Tylenol,” said study co-author Liron Sinvani, M.D., a geriatrician and hospitalist at Northwell. “Of course we don’t want anyone to be in pain, but it’s not a one size fits all treatment,” she said.

Prescribing strong pain medication can be risky because most of these patients already take multiple medications for chronic conditions. More than 80 percent of patients age 55 and older take at least one prescription medication a day. More than half of those over age 65 take more than five medications or supplements daily, according to the National Institute on Drug Abuse (NIDA). Hospital physicians must weigh risk versus benefits of opiates, often, without knowing how a patient may respond. Even those taking opioids for the first time run the risk of addiction, as both NPR and U.S. News previously reported.

It is important to communicate with patients and help them to understand that we have other pain management options that are less harmful, such as acupuncture, tai chi, heat therapy, and exercise, said Maiti, who would prefer hospitals integrate these options into the in-patient setting. “There’s an urgent need to develop more innovative pain management approaches as alternatives to traditional opiate use during hospitalization, especially for vulnerable older adults.”

Even a single large dose of an opioid can cause severe respiratory depression, which can be fatal; taking opioids with alcohol or sedatives increases this risk. Moreover, just one course of opioids can trigger addiction or dependence. Just this week, FDA Commissioner Scott Gottlieb, M.D., asked his staff to take more aggressive action to help stem the crisis.

As this article describes, opioid addiction is not just a problem for younger people. The need to address this abuse in older adults is urgent. Study researchers hope that more physicians will look to alternative pain management options for hospitalized older adults and upon discharge.

The study was presented at the 2017 meetings of the Society of Hospital Medicine and the 2017 American Geriatrics Society conference.