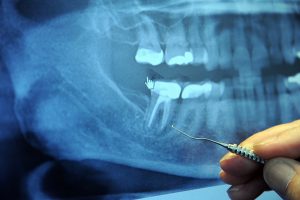 America’s poor children are entitled to dental benefits under Medicaid. But adult dental benefits are considered an optional part of the program, and they vary from state to state.

A small handful of states, including Arizona, offer no adult Medicaid dental benefits at all. But in May, Gov. Doug Ducey signed a budget that includes $1.5 million to cover emergency dental services for adults enrolled in the state’s Medicaid program, known as the Arizona Health Care Cost Containment System (AHCCCS).

“The dental benefit does not take effect immediately,” Stephanie Innes reported in a story for the Arizona Daily Star, but beginning Oct. 1, AHCCCS adult enrollees annually should be able to obtain up to $1,000 worth of “emergency dental services,” including extractions.

The new benefit is not expected to cover preventive dental care such as screenings and teeth cleaning. Even so, oral health advocates hailed the move as a step in the right direction, Innes reported. Arizona Public Health Association Executive Director Will Humble described the measure as “by far the biggest public health gain from the session.”

Medicaid dental benefits for adults often are among the first items to land on state budget chopping blocks in times of fiscal austerity; which is what happened in Arizona during the recession. In 2010, state legislators cut the emergency dental benefit for poor adults that had been covered by Medicaid.

The decision to restore the emergency benefit was praised as “a major improvement” by dentist Eric Curtis, president of the Arizona Dental Association, who said his organization would like to see additional benefits added, Innes reported.

A survey last year by the Kaiser Family Foundation concluded that 15 state Medicaid plans covered extensive dental services for adults and another 18 states and the District of Columbia provided a more limited range of procedures. Thirteen states offered only emergency services to their adult Medicaid enrollees. Four – Arizona, Alabama, Tennessee and Delaware – provided no dental services at all.

Maryland did not appear on Kaiser’s list of states without adult dental benefits, but the legislature eliminated all adult dental benefits except for emergency benefits in 1976 and cut emergency benefits in 1993. In recent years, oral health advocates in the state have lobbied state lawmakers to find money to restore a range of dental services to adults under Maryland’s Medicaid program. During the recent legislative session in Annapolis, backers noted that the state spent $15 million for emergency room visits related to toothaches and other dental problems that could have been more cheaply and effectively addressed in dental offices, Tamela Baker reported in a story for Herald-Mail Media.

“Eighty-five percent of emergency dental issues could be treated in a traditional dental setting at one-third to one-half the cost,” Diane Romaine, a dentist and president of the Maryland State Dental Association Foundation, said in the story.

Adding the dental benefit “would be more prudent spending,” she added.