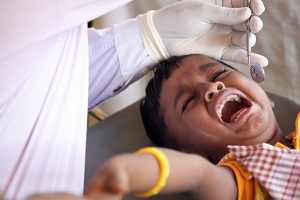 Back in 2000, then-Surgeon General David Satcher warned in his landmark “Oral Health in America” report about the nation’s “silent epidemic” of oral disease.

Satcher described the disproportionate burden of untreated disease borne by millions of poor, minority and elderly Americans, the shortage of providers in many communities, the disconnect between dental care and the wider health care system.

Unfortunately, America’s problems are far from unique. A small international group of veteran dental professors, scientists and academics is sounding the alarm about oral disease, disparities and dysfunction on a global scale. Members of the group, who come from the U.S., Sweden, Denmark, Colombia, Australia and Kenya, laid out their concerns this spring in “La Cascada Declaration.”

“Despite current knowledge of the causes of oral diseases, globally most people continue to experience significant levels of disease and disability,” the declaration asserts. “Although technological and scientific developments over the last 50 years have contributed to improvements in the quality of life for some, oral diseases continue to cause pain, infection, tooth loss and misery for a vast number of people.”

The document got its name from La Cascada Mare, the Andes home of Colombian dental educator Alfonso Escobar who hosted the March 2017 gathering where the dental leaders shared papers outlining their concerns about the state of global oral health and discussed possible solutions to the problems they identified.

Their declaration is not the first international call for action. The World Health Organization has identified oral disease as a worldwide concern and has set goals for addressing serious care shortages and broad health disparities found in countries and regions around the globe.

The numbers are stark. Worldwide, tooth decay, gum disease and other oral problems impact an estimated 3.9 billion people. Untreated tooth decay in permanent teeth has been identified as the most common of 291 diseases systematically compared for worldwide impact by the Global Burden of Disease Study, funded by the Bill and Melinda Gates Foundation.

The members of the La Cascada group contend that dentistry, as it is widely practiced around the world, fails to address the problem.

“The state of dentistry worldwide is dire,” they said. “It requires radical solutions.”

They note that higher living standards and the widespread use of fluoride toothpaste have played a larger role in improving oral health than the clinical interventions of dentists, adding that dental care systems in many countries incentivize expensive restorative and elective procedures over timely disease prevention and similar less invasive treatments.

They also complained about the global gulf between dental care and medical care.

“Dentistry is drifting, it seems, away from its task of prevention and control of the progression of disease and of maintaining health,” the declaration’s authors wrote. “The mouth has become dissociated from the body; just as oral health care has become separated from general medicine.”

A more holistic approach to oral health is needed, says the document, which calls for a transformation of dentists into oral health physicians and dentistry into a specialty of medicine.

“This short declaration has been produced to stimulate discussion about what needs to be done in the interest of the health of the majority of humankind,” authors wrote, acknowledging that needed changes “may take time to implement.”

“Each country will need to assess how best to bring them about,” they said.